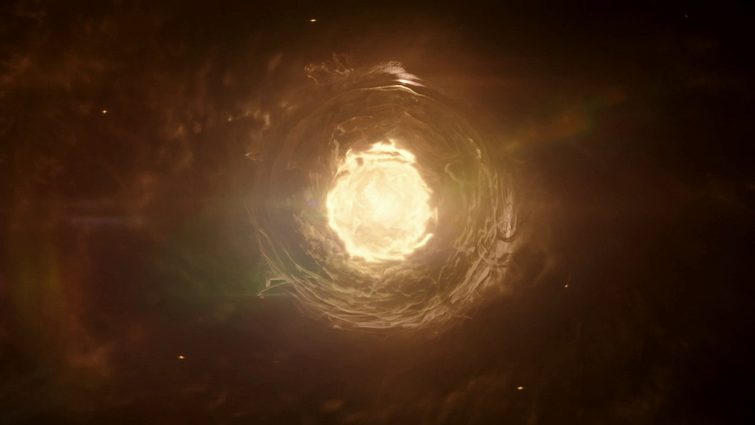 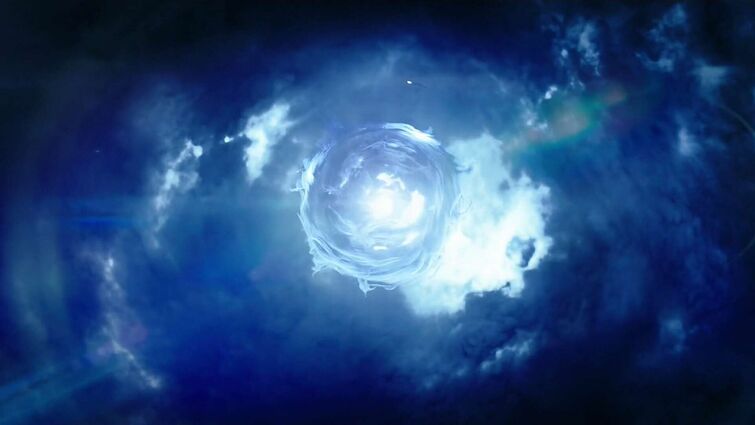 For what I understood, the Multiverse ended in Crisis 4 (brown) and was reset in Crisis 5 (blue). What are your thoughts?

Seems it's just a difference in how the two shows handled it.

I always thought it was when the earth was really starting to get made. Or reset, as Smallview said. Taking that from this...

Oliver: It's the new universe.

Barry: It's kind of small for a universe.

Oliver: Wait for it, Barry. It's almost time, almost time. There. You did it.

Granted, it was probably on "There" but I mean how did everyone get back home? How did Supergirl go from Dawn of Time to waking up as Kara in her apartment? Through the real creation of the new universe, through the blue shot, which followed the full reset/flashback scene.

Or it could be as Xandermcc says, simply a difference in how two shows handled it. Thanks VFX team!

Well I assume they just were teleported to the present and overwritten their Earth-Prime selves.

Time travel to another multiverse and they saved there own multiverse

Not how time travel works.

Legends did by accident went to earth 16

They didn't time travel. Chronos shot them in the temporal zone which knocked them out of it entirely. Launching them into a different time stream of a different Earth.

Well yes, but why would Chronos shoot himself there??

Because he was trying to hunt them down.