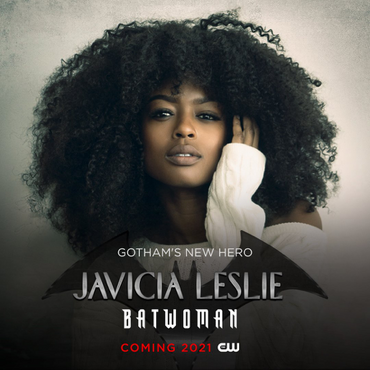 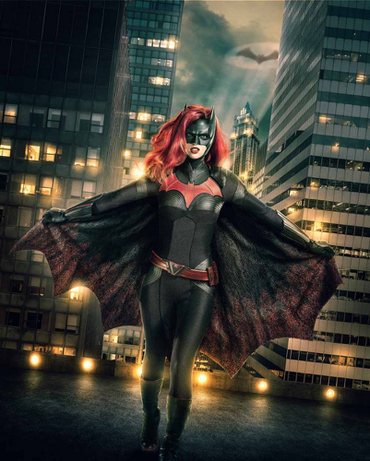 Ruby is good at playing Batwoman herself and the rage involved in the role. Them having her kill was probable the best moment of the whole series because it really adapted the element of her character that she is willing to do whatever it takes compared to her cousin. However, she isn't good at playing Kate Kane. Both the private vulnerable side of her, and the socialite she shows to the public. Two elements Ruby didn't really display a full range in.

I’d rather they replace Kate than replace Ruby. I just can’t picture anybody else in that role.

I don't see her like Melissa Benoist or Grant Gustin where she truly is the best person to inhabit this character. For one, she's the first person to play this character, so it was kinda inevitable that the first time around wouldn't be a complete success. Not to mention, replacing Kate is just a dirty move. You make a Batwoman show, it's gotta be about Batwoman.

It will be about Batwoman. Just a new Batwoman. Obviously they are not following the comics very closely here, but that’s okay. They can be original.

That would be fine if the story was good. Kate can be different than her comic book counterpart, but this one erased everything interesting about her in favor of propping up Bruce. Now they are just getting rid of her after 20 episodes of the "Where's Batman?" game. So they got their expendable LGBT protagonist after a full season run and then they are having someone else wear her suit right after like she didn't even matter. Like they didn't hype her up as "The Bat of the Future."

Her season was barely about Bruce. Nobody ever went looking for Bruce, characters never showed more than mild curiosity about Bruce’s fate, and Hush was the only character who seemed to care about Bruce. They didn’t even have any iconic Batman enemies like the Joker or the Riddler show up. Batman existed in this universe, but he was very much in the background.

As for Kate’s departure, we’ll see how they do it. I’m sure that they wouldn’t have chosen to right her out if they had a choice, but there aren’t a lot of options when the star is leaving the show.

Actually in terms of the foundation, it was all about Bruce. Instead of being a character that became a superhero because she couldn't serve proudly under her own truth of being gay, she only became a superhero because Batman wasn't there anymore. As for the villains, Hush is a major player in one of Bruce's top stories of all time and was on the show unchanged from his comic self and therefore literally had nothing against Kate personally. Only Bruce. The Joker was the one who killed her mom in the end and caused her dad to hate Batman which is basically Jacob's sole plot. While they include some of Kate's rogues, it's minimal.

As for the stuff about Kate leaving, they did have a choice. They just chose not to make it. They keep on calling it the "soap opera approach" but they had people signing up that fit the bill. Just none were high profile enough for what they wanted. The reality is they wanted someone a typical CW audience would recognize. Not someone that fit the bill. Therefore their options were limited given their own artificial constraints. Leaving Javicia to be the only one to fit the bill, but not looking like Kate Kane one bit.

Like I said, Hush is the only Batman villain to show up, and he is hardly a major Batman character. Ask a random person on the street to name a Batman villain and they’ll name Joker or Penguin but Hush is very obscure to non-comics fans.

The Joker killed Kate’s mom, but he doesn’t even show up, and the Caterpillar is the bigger villain in that story. Kate didn’t put on the cowl to take over for Batman. It was initially just the only superhero suit that she had access to. She had no interest in carrying on Batman’s legacy. It is just something that happened. And, realistically, you can’t run around Gotham fighting crime in a bat costume without being compared to Batman.

He is, but nevertheless is still one. To be clear, my problem isn't Batman villains in general. Kate has only existed since 2005 and hasn't exactly had a ton of villains in that time. Not to mention, multiple were at different points in her life and didn't fit the grounded nature they wanted to do for this show. (The reason Nocturna made no sense) However, you don't involve ones that are super integral to Bruce specifically. Kate has fought Batman villains and he's got over 80 years of history. However you got to know who to pick. Hush is too personal to Bruce to be the right threat to use. Same with Joker and yes, they did get rid of him, it kinda undercuts the vengeance story of the people who originally did kill her mom. These additions erase more than they add.

I'd buy that if that was the thing shown in the story. Supergirl showed up on the scene and yes, the comparison was made to the big blue boy scout, but it was more an obstacle Kara had to face rather than something she was consumed by. Every five seconds, Kate seeks to be more like him and it doesn't make her feel free as her own protagonist. Yes, she finally became Batwoman by episode three, but even when they did this, she still seeks this complex of hating on the comparison when that is who she acts like. She sticks to his rules, she uses his stuff, etc. Then blames it for why she isn't succeeding when she should just be her own hero.

Idk if I am excited but certainly intrigued