We all know that in the comics Wally is with Linda Park. But imagine if they start dating or get together in the show.

But what if they bring back QuickWest?

What if somehow Jesse survived the crisis thing where the Earths got destroyed. Harry died, but she survived.

And she finds out she's pregnant with Wally's child. And remember in season 4 episode 3 when they broke up, Harry mentioned that Wally was Jesse's first.

So, Jesse finds out she's pregnant and tells Wally. She's scared to raise the baby on her own, so she and Wally get back together and raise the baby together.

In the comics, Wally has 2 kids with Linda. Iry and Jai. What if instead of Linda, Wally and Jesse have Irey and Jai? And that would also be a good way to introduce Irey and Jai.

We all know that Violet Beane is on another show, but I hope she can return to the flash and I hope this plot twist/storyline can happen. I really miss Wally and Jesse as a couple.

What do you think of this plot twist/storyline? 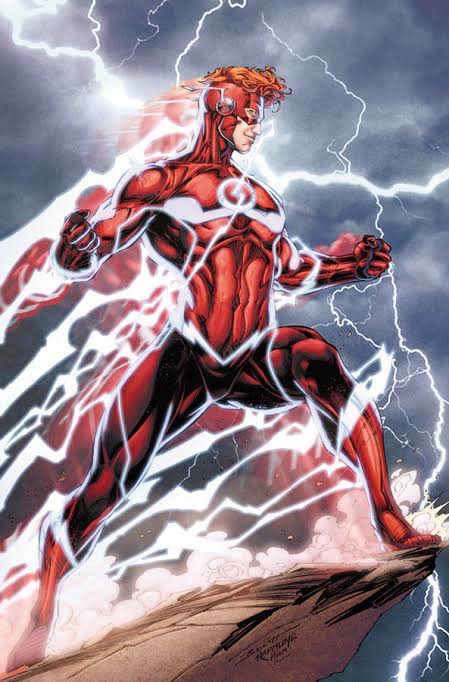 There are two Wally West in the comics.

And I don’t think CW will waste the chance to present this Wally West in the show because everyone loves him and wants him to show up in the series. In the comics this Wally West is Iris’ nephew son of Iris’ brother, Rudy West, but Rudy didn’t appear in the show so CW would need to adapt Wally’s origin and a way they could do that is presenting him as Wally West (the one who appeared in the show)’s son. Maybe a season of the Flash could happen in the future and we would see that Wally Jr. would have two kids, Irey and Jai.