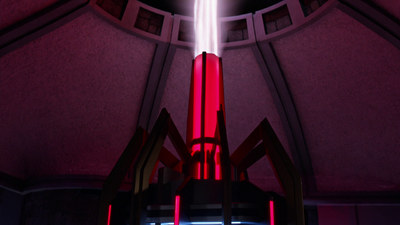 The antimatter cannon was the ultimate weapon of mass destruction. It was invented by Mobius with a single purpose, spread antimatter across the multiverse in order to destroy all of the infinite Earths in existence. The cannon was built and placed in the nexus between the multiverse and the...

That means E90 Barry took E1 Barry Paragon of Love role and the rest of the paragons have to recreate the Multiverse at the Dawn of Time with the Spectre.

Mobius wouldn’t have a Speedster to power his Antimatter Canon.