Crisis on Infinite Earths is the name of the sixth annual Arrowverse crossover event between Supergirl, Batwoman, The Flash, Arrow, and DC's Legends of Tomorrow. Additionally, events in the Black Lightning episode "The Book of Resistance: Chapter Four: Earth Crisis" and a two-issue comic, Crisis... 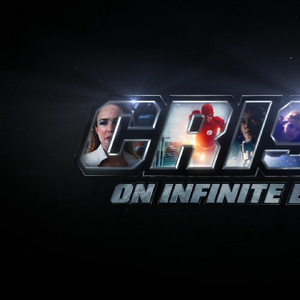 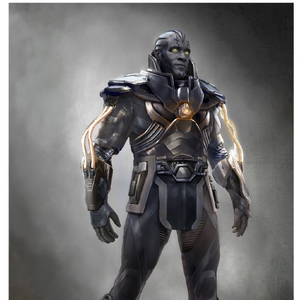 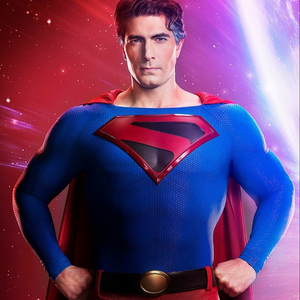 I mean Nora West Allen didn’t appear in the Elseworlds Crossover at all. 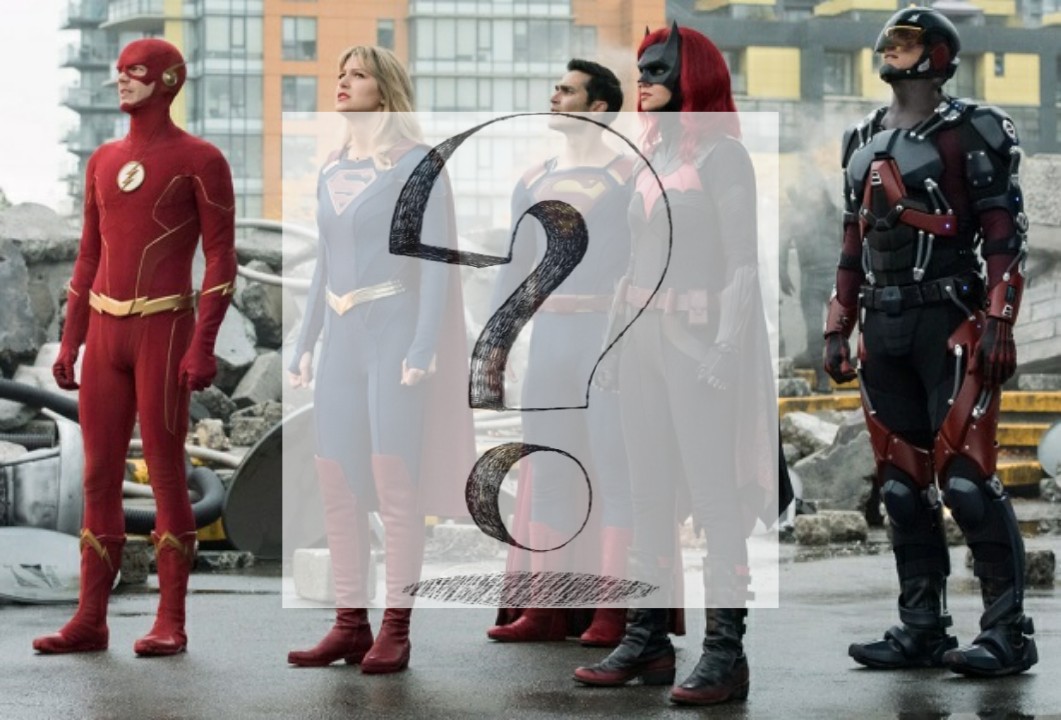 Ok before people start hating on me, I love the Arrowverse, look at my userpage if you want proof. Please read the whole story. Granted, I didn't cover every little detail or how I feel the shows are doing wrong, but it's enough to turn this fan off.

''In the end, there was only one. A single black infinitude...''So what happens now? Well, with the Arrowverse having "an end" with their new beginning, I'm contemplating my future as a viewer. Of course a part of me obviously wants to keep watching, but here's my issue: ''Arrow'' and ''Flash'' started it all, and they did it while honoring the comics that they're based on. I enjoyed ''Supergirl'' and ''Legends of Tomorrow'' at first, but they haven't been the same since both shows each had their season 2 (separately) on the air. Either the stories play out ridiculous, or they are political...which is normal, but you can only bash on Donald Trump or bring up "anti-gun" stories so many times to a point where it's annoying. I'm not taking sides as far as political parties, I'm a guy (excuse me, "person") who's mostly neutral, but these shows are clearly not.

I want to continue enjoy these shows but because of their agendas, I'm almost to the point where I'm considering cutting those 2 shows off my watchlist. 5+ seasons later, ''Arrow'' and ''Flash'' have been neutral and fully satisfied my needs to get away from the real world. Not really bringing up ''Batwoman'' as she's on her first season, but right now I'm liking it more than the other shows. I know, I'm one viewer out of millions, give or take. Just had to say how I feel, out of nostalgia. And if I'm the only one thinking it, then so be it. All that said, I'm giving the new Arrowverse until next season to change my mind, hoping all shows get on the same page where it's not about politics but about the DC universe we know and love.

If we're planning on adding Birds of Prey and the '78 Superman films to the wiki in the future, could the same be said for Green Lantern (2011) and its tie-in material?

DAY OF JUDGEMENT (Crisis on Hell and Heaven) 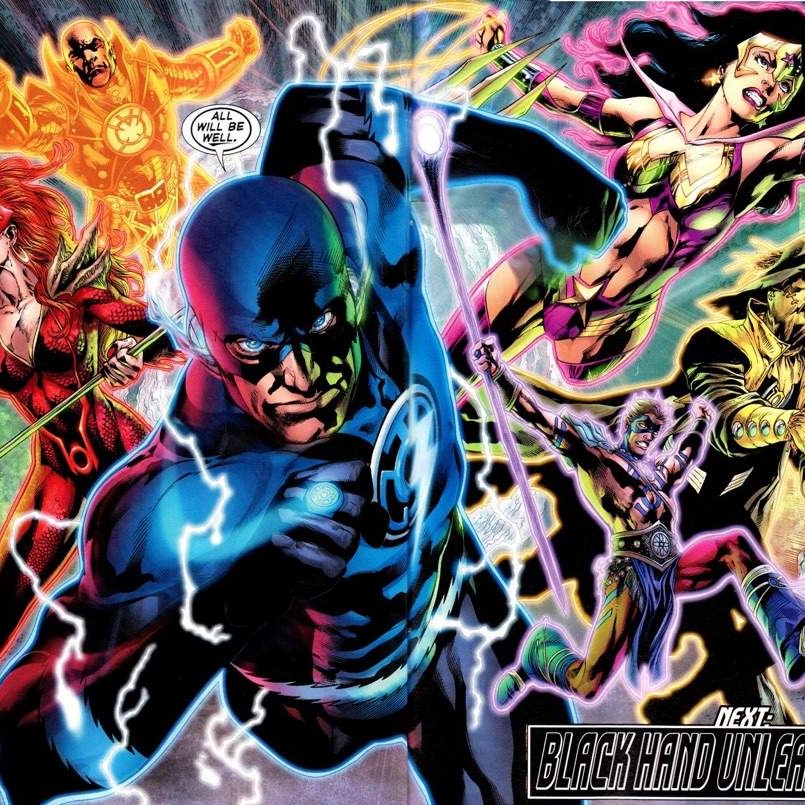 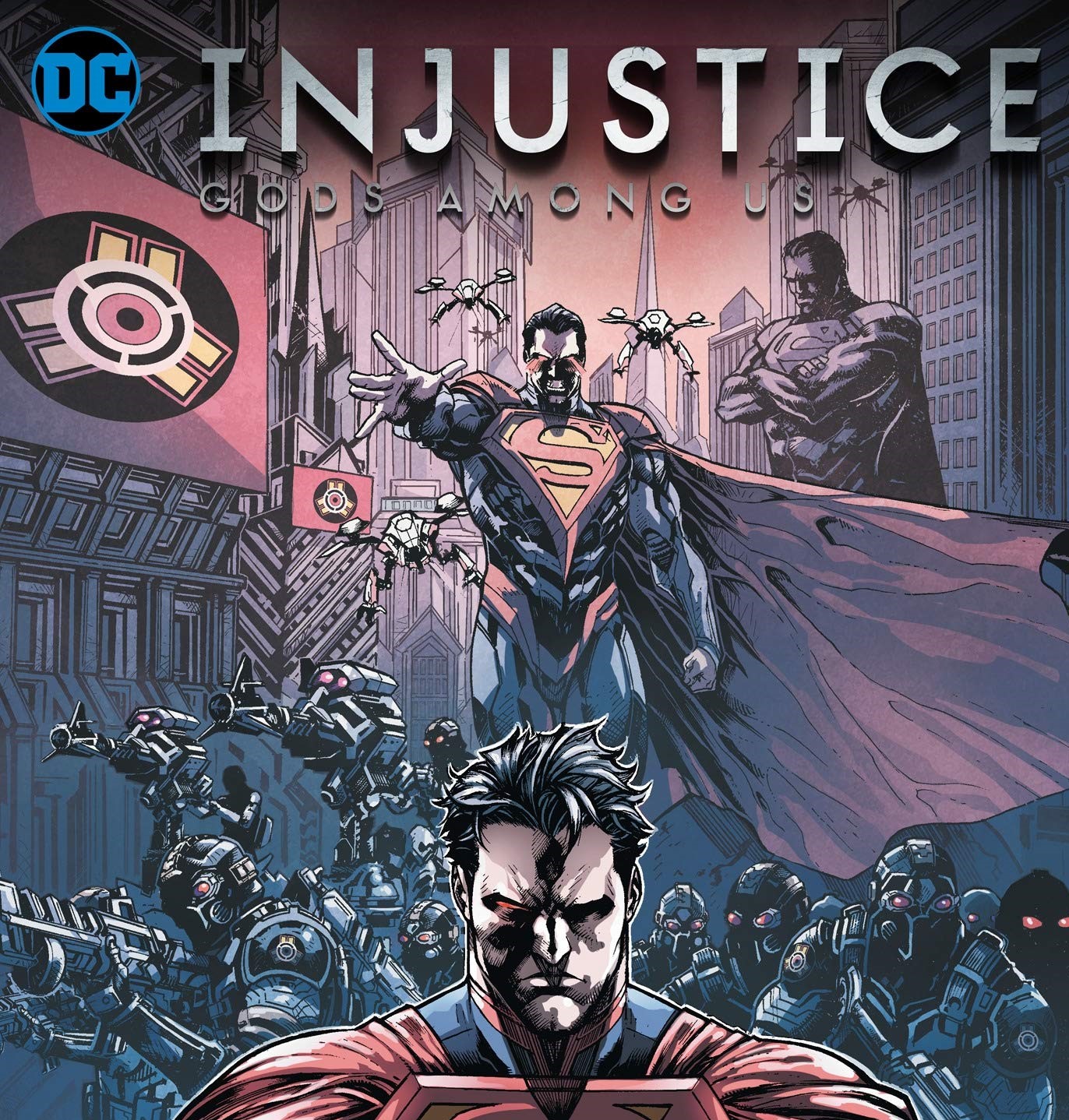 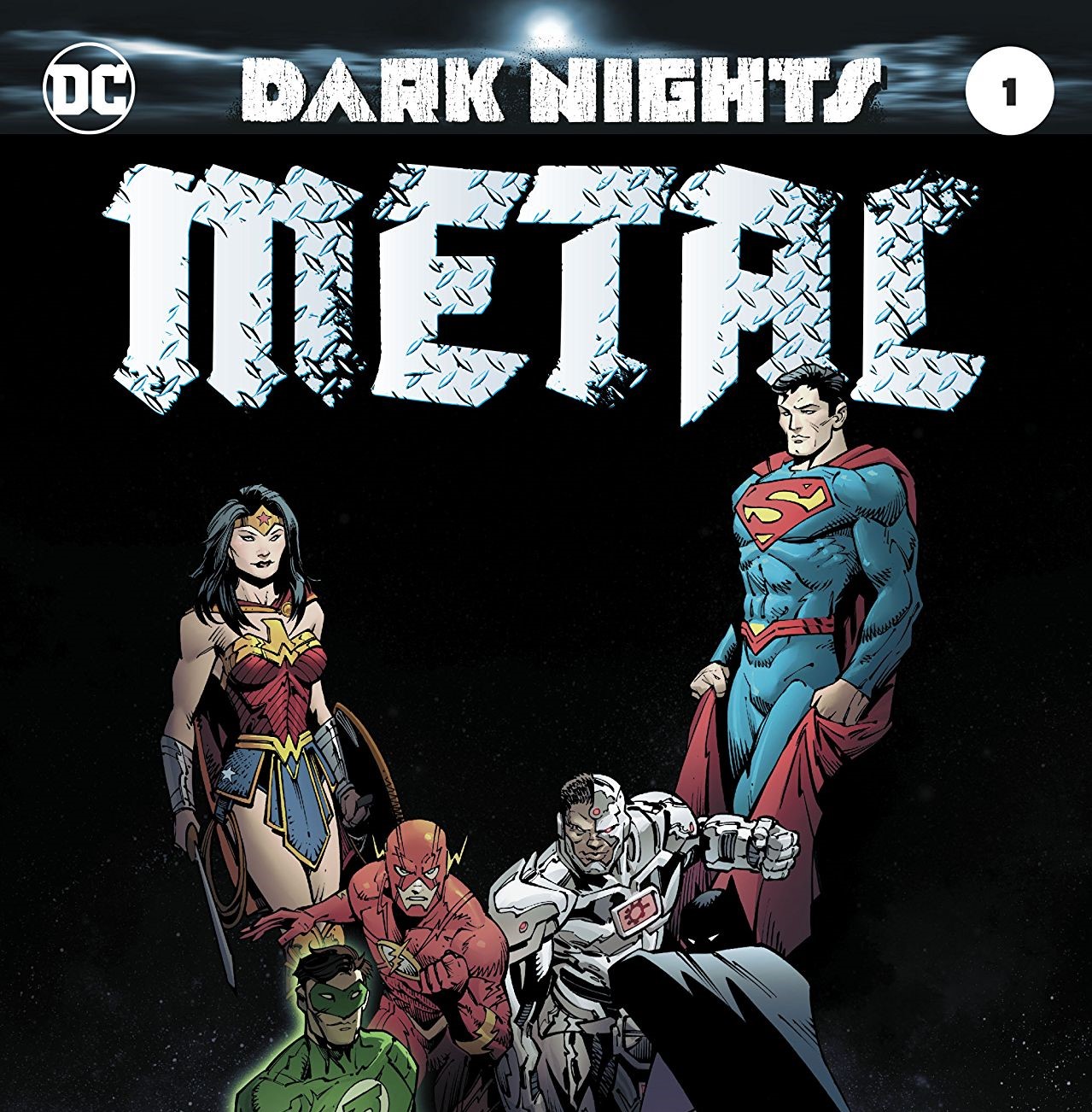 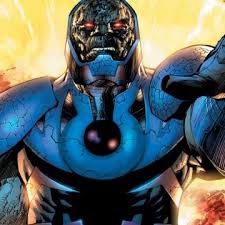 With Season 1, Season 2 of the Flash was Season 1 upgraded. My personal favorite thing about the Season was the villain, Hunter Zolomon. Zoom was probably the best villain in the CW or the Flash series overall. I liked his plot with him using Time Remnants to go undercover to find out about Team Flash and I like how it (I presume) sets up for Crisis on Infinite Earths. I also was a fan of him not being erased or killed randomly but rather, killed by Time Wraiths and turned into the Black Flash which was a smart move in my opinion. I thought the Vibe plot was good as well as it shows that Eobard Thawne had an affect on the team even after being erased from existence.

I also thought the character of Henry Allen being freed from prison was extremely well and emotional as I enjoyed Season 1 with the plot of Barry Allen figuring out who killed his mother. If I had any dislikes for it tho, I do have to say that I disliked the character of Patty Spviot. I liked her in the beginning but right around when she broke up and had to leave Central City from Barry Allen is when I started to disliked her but other than that. I adore this season. 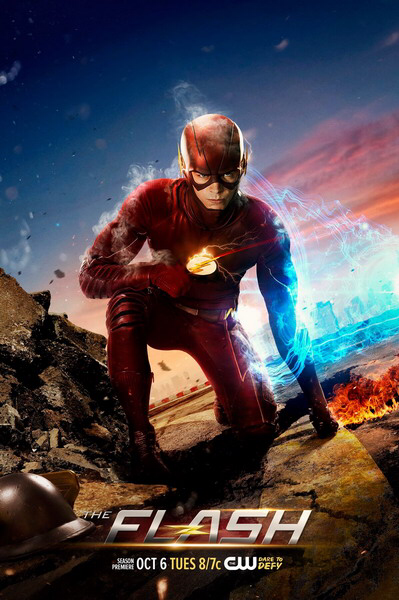 If Wally died in the comic book, why do we see no reaction or mention from Barry or Kate afterwords during the episodes?

When do each of the stories in the book take place in relation to the episodes?

Ok, how does Lena have her memories from the original multiverse???

Is that Beth Kane from the end of the Batwoman episode the Earth-99 version who never “died”?

Apologies about the number of questions I have, but there are several things I don't completely understand from the crossover Crisis on Infinite Earths.

The more they reference other show/movie universes like Smallville, DCU, Birds of Prey, etc, I wonder if at some point the Arrowverse Wiki will evolve into one massive Wiki; merging things from Smallville and Titans' Wiki or certain others for the sake of condensing.

I just realized something about the Ezra Miller Flash cameo and how it ties the DCEU into the Arrowverse. More specifically, how that cameo and the ending of Crisis on Infinite Earths has provided potential salvation to the DCEU. Since the premiere of Batman v Superman: Dawn of Justice back in 2015 (and arguably the premiere of Man of Steel back in 2013) the DCEU has faced an immense amount of scrutiny and criticism for numerous botched storylines and movie ideas. From messing up Lex Luthor, to doing whatever they were trying to do to the Joker. However, with Crisis on Infinite Earths briefly tying the DCEU In with the multiverse, only to prominently reboot said multiverse at the end, they made a possible way to not only do away with their own flaws, but the DCEU’s flaws as well. That is, if they choose to take this opportunity that has been so graciously gift-wrapped for them.

Crisis on Infinite EarthsMultiverseEarth-TUD13
Yes and you should catch up for the next crossover
Nah, it’s a waste of time

For me I actually really like the fact that they restarted the whole multiverse in a way. I like how they put all the superhero’s into one earth which is earth prime. And yes some of the episodes lacked in understanding and and really just left things up to interpretation but I think that’s what made the crossover the crossover l. One thing that I can say really blew me by surprise was the “Justice League” thing that they added I kinda wish they shouldn’t go about it like that. And I understand that they don’t have rights to certain characters but it really lacked what I was expecting It’s almost like when they introduced the Bat women show and I was like Monday asked for this and I didn’t ask for a justice league on the cw I feel that It needs to be done CORRECTLY and it will thrive lol that’s just me tho. I am excited to see where they go with this tho, what new characters there gonna bring in, what other, what other crossovers are gonna happen, how there gonna go about the justice society of America with start girl and all of them, what’s gonna happen with GREEN LANTERN, and finally what about the main DC CHARACTERS!!

At the end of Crisis on Infinite Earths, we saw Gleek in a cage and in the comics, Gleek is the Wonder Twins' pet! So i believe its possible that the Wonder Twins will show up in Legends of Tomorrow (since Gleek was released at the End of Episode 1 Of Legends of Tomorrow). If Gleek isn't with the legends, he'll probably be with Kara's Superfriends!

The biggest crossover event in television history was a literal collision of worlds for the DC universe.

Every 'Crisis on Infinite Earths' CameoFandom

Reverse Flash told the Flash that he'd see him in their next Crisis..but he didn't really say which one. Not Crisis on Infinite Earths....now that Barry has put together the "Justice League" its very much possible that the next big Crossover could be Final Crisis!