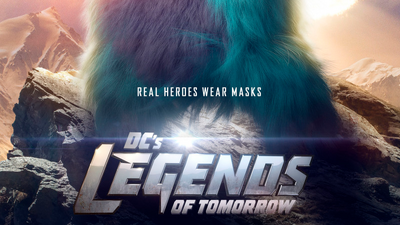 DC's Legends of Tomorrow was renewed for a sixth season by The CW on January 7, 2020. It will premiere in 2021. Main Caity Lotz as Captain Sara Lance/White Canary, Tala Ashe as Zari Tarazi, Jes Macallan as Captain Ava Sharpe, Olivia Swann as Astra Logue, Shayan Sobhian as Behrad Tarazi, Lisseth...

Just out of curiosity have we got any more information on which aliens are appearing on Legends I know there was talk about Thanagarians but was that actually confirmed or was it just a rumour ?

This is a continuation of this post. So if you haven’t read it, go do so before reading this one.

One commenter on this post asked why there’s no Nth metal artifacts from Legends season 4. At the time, I said I couldn’t really think of anything. But I just got an idea.

Instead of something specific from that season, the Nth metal artifact is a large collection of the stuff locked in a vault in Hell. A the vault is hidden away in a secure part of Hell whose location is known by only one man, Lucifer Morningstar. So, one of the plots can involve Constantine and Astra going on a Sojourn through Hell to find Lucifer’s Nth metal cache. And as for allies they can recruit on the way, Astra still has Vandal Savage’s soul coin, so he might be useful. Or maybe Lucifer can send Mazikeen down with them as a guide.

I want these characters from past Seasons to appear like the Hawks couple, Vixen, Rip Hunter, and Kid Flash.

(edited by Ghost101330)
Wally WestRip HunterKendra SaundersAmaya JiweHawkmanWhat's Past is PrologueLegends (Earth-Prime)Invasion! (Arrow)Season 6 (DC's Legends of Tomorrow)
Yes he replace Firestorm as a light version of him
No he fits better with Team Flash!

Legends (Earth-Prime)Ray TerrillSeason 6 (DC's Legends of Tomorrow)
Yes he was awesome in Season 3.
No he a much better Character on the Flash.

The Team needs a new archer now that Oliver dead and to be serious again.

So I was looking at the page for Legends S6 and it says Billy Batson will be in it but I can’t find anything else about it anywhere. Is it true? I don’t think it’s true but I certainly wouldn’t be against the idea.

It really seems like the most recent episode putting her in opposition with the team as well as having her sisters be the main villains of the season might mean the end of her arc.

Given that Charlie/Amaya isn't mentioned in the Season 6 synopsis, could Season 5 be Maisie Richardson-Sellers last?

I don't know how I feel about this...

I'm glad shows are still going on. But still, as long as everyone in the DC cast and crew are staying safe that's the important thing.