I agree. And I'm someone who didn't mind season 1 but I do feel they didn't handle their production well. I'm hoping for the best but right now there's no hype to go on right now.

I love all of Arrow's season in their own way but I pick season 3. For what it was, this was a solid season. But after Oliver's first year as The Hood in season 1, and fighting Deathstroke in season 2, to have season 3 be the first appearance to Ra's al Ghul himself after being referenced, the hype was truly real. And being a diehard DCAU fan, Arrow did have a good Ra's in Matt Nable. However, Ted Grant/Wildcat was not as good as he should have been, and the "Al Sah-him" story being too connected to the Batman lore of Ra's heir was a bit much for me. Ultimately, while it does have some points, it was not enough to go higher on my list. That said, I love 3x09 "The Climb" which fratured a comic-inspired action sequence. And of course the first-ever team-up with The Flash, both in the fall and the spring.

I love all seasons of the Flash, but I gotta say season 5. Wasn't a bad season per say, but I have my issues that say it's my least favorite. The big bad, i.e. Cicada and She-Cada, had potential but you pretty much had to put them aside once Thawne returns with another meaty role. But I did enjoy watching Nora West-Allen and Thawne's partnership throughout the season's storyline, as well as villains of the week like Weather Witch and Rag Doll. Oh, and it should be a nitpick, but I was not a fan of Barry's Flash suit on here...maybe it's the lack of chinstrap?

Season 6 is my runner-up choice. Production problems aside, I did very much enjoy it enough to see what happens next. Really, my only complaint that I could fuss about is the Crisis itself, this year's villain of the week was its worst, but needless to say, I've been a defender this season, warts and all...but then, I am with any Flash season.

I think it's mostly agreed that season 4 was the worst. It was nonsense from beginning to end. The fact it didn't have a crossover episode was just icing on the cake...though I don't think it would make a difference on the season's quality.

Season 5 was better, but not by much. Frankly, I can't understand the hate for season 1. I understand not liking it but other than the Hawkpeople, I can't see how it was the worst.

Unpopular opinion, but season 4. I like the first 3 seasons, and this fell flat to me. Politics aside, Ben Lockwood was hyped only to be a puppet of Lex Luthor. Although, Lex himself is actually perfect, with Jon Cryer exceeding my expectations and being very good in the role.

Season 5 was better than 4, but in my personal opinion, not by much. I liked the earlier seasons much more.

I love all Flash seasons in their own way, and I don't disagree with anyone saying that 6 was good or that 2 was the best, however I always go back to season 1. Everything I love about the Flash most likely happened this season. Honoring the 1990 show and the comics, while also bringing something new to the series. Could add more but we'll be here all day.

What?! No way. Season 4 was the best. Lol...ok, even I can't say that truthfully. Though I don't think it's as bad as most Arrow fans say it is.

Season 2 is my choice. 5 and 8 were great, but this one was good in following a great first season and topping it big with a climactic conclusion to a flashback arc. Rather, it was better than what the flashbacks in season 3-4 did. And I can't possibly leave without saying...SLADE!

I love all seasons in their own way though.

(edited by J Fan)
A reply to Thawnr
0

I'm old-school and in my mind, nobody screws the wall! Reference clip... 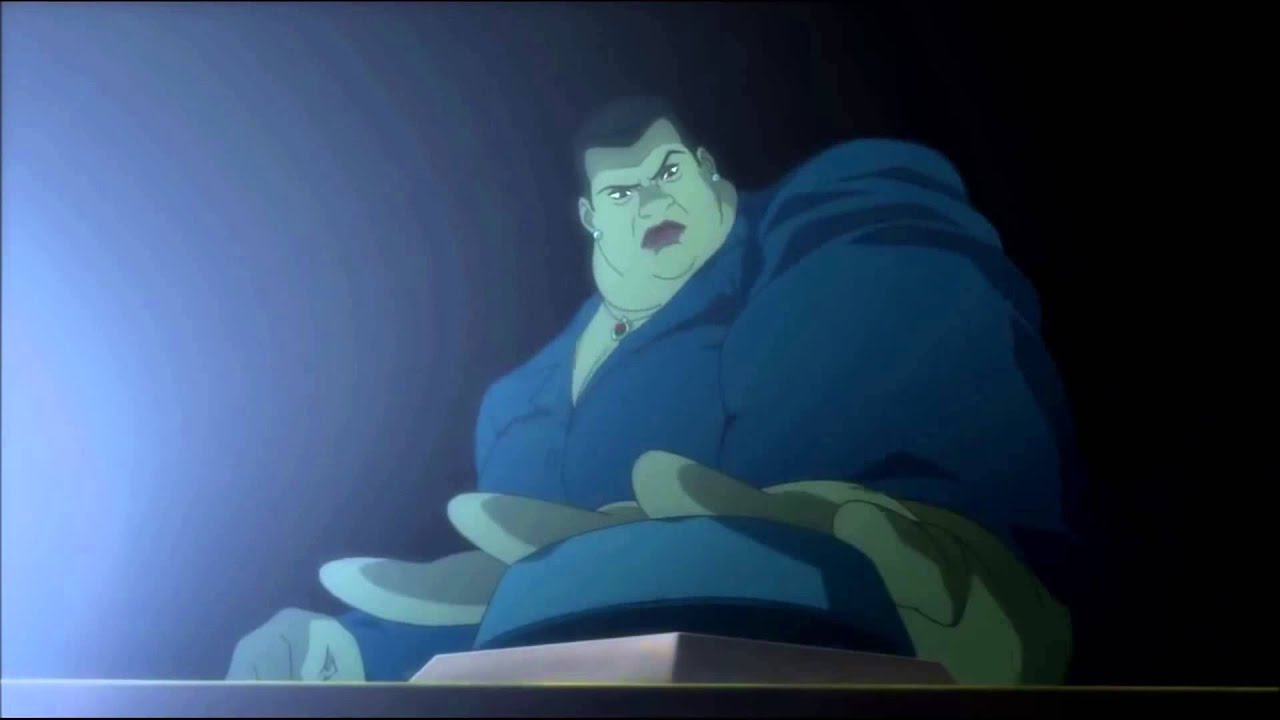 (edited by J Fan)
A reply to Thewhitestchocolate
0

Season 2, hands down. Good Legends season which also ties into the overall Arrowverse really well compared to the other Legends seasons.

Seasons 1 and 3 are my runnerup choices.

(edited by J Fan)
A reply to Thewhitestchocolate
0

Probably not the best season, but my favorite at least, is season 2. The first to air on TheCW and Supergirl's first official appearance in the Arrowverse...well, aside from one Speed Force vision.

Seasons 1 and 3 are my runnerup choices.

(edited by J Fan)
A reply to Thawnr
1

Yeah, that's one of my issues with the semi-divisive 2019 Crisis. I enjoyed it but we were promised Thawne plenty of times, even if it didn't follow the newspaper.

But reading between the lines, Thawne did say "See you in our next Crisis." Not the next Crisis. Of course that was before Thawne returned post-Crisis with no recollection of what he said before...or maybe he just didn't care? We still got a few years before we know for sure.

I mean, I wouldn't mind,if it was in 2024, but if they felt 2019 was a good time to do Crisis on Infinite Earths, it was time. Although I will say 1989 Batman being destroyed was an interesting way to celebrate the 30th anniversary. 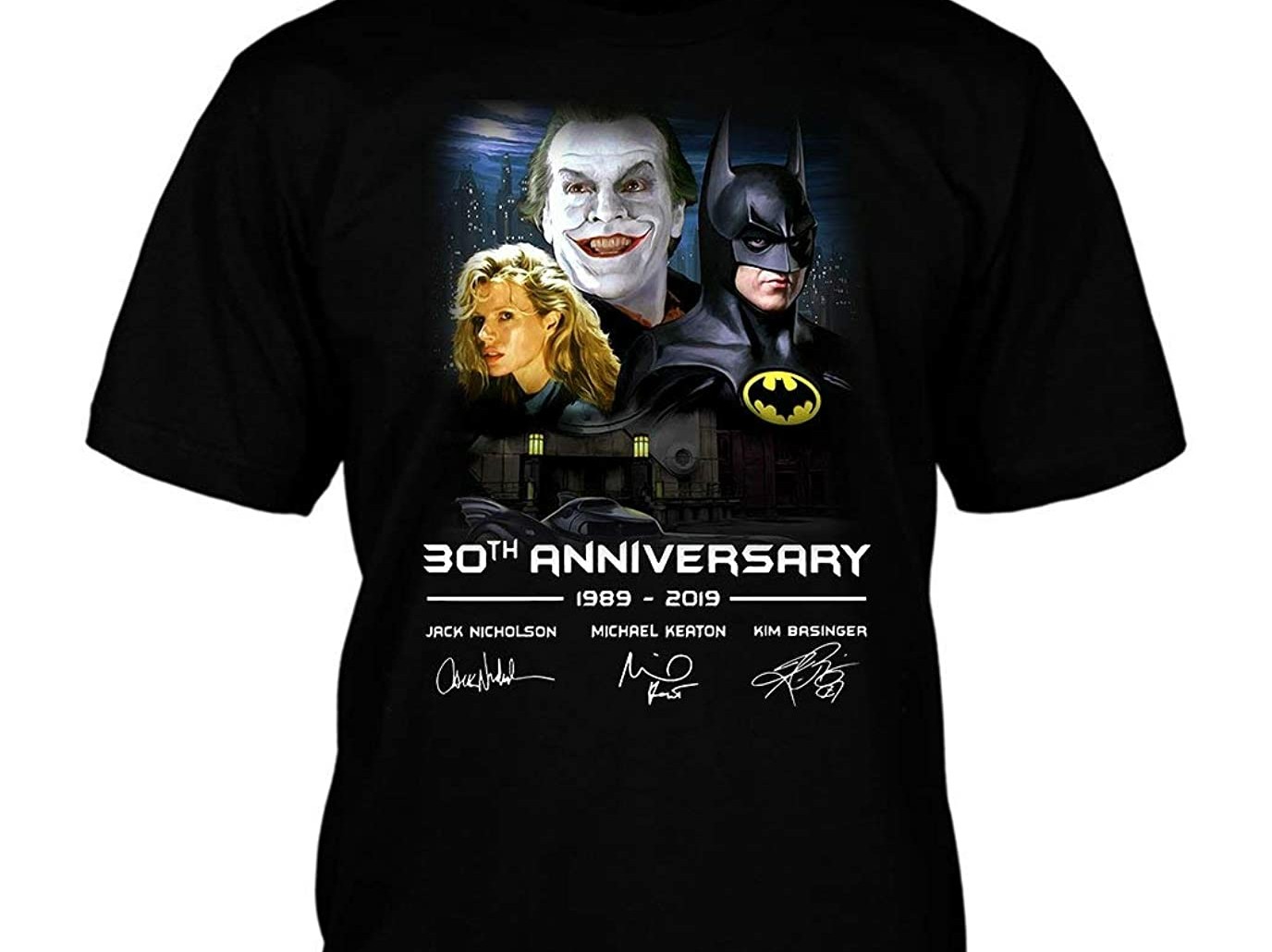 1989-2019, while I know is current time, also feels like a grave. This double meaning makes this shirt a little worth buying.

That said, if this was about the lack of the big Reverse-Flash showdown, I wouldn't be surprised if they retcon things and have another Crisis in 2024. Granted, I think it's unlikely for the Anti-Monitor to return but regardless on if it follows the original newpaper or not, have this Crisis be focused more on Barry and Thawne. Presuming the stars align, the show makes it to 2024 and follows schedule despite pandemic, Flash season 9 would be playing, perhaps as the final.

As much as I like seeing 1990 Flash, I feel John Wesley Shipp will only come back to the Arrowverse as Jay Garrick. He felt this was a good opportunity for a proper end to the 90s series, since it was cancelled before its time. I think it's appropriate, giving at least one Flash the Crisis death we've wanted to see.

A reply to Chamath Jayashanka
5

Yeah, and the most episodes they had was in season 2 with 17 episodes. And again, the very last good season, in my opinion. Every season afterwards had a few less. Even with Crisis this year, Legends had 15.

They'd have to be really confident in their season to add more episodes.

To be fair, they had scenes with Kate, Sophie, and Julia in the same room. What's one more weird add-on.

Lex Luthor to Superman/Lois of course. The obvious aside, I guess Sara to GAATC as she is still technically a Canary.

One I have no supporting reasons over, Nia/Dreamer to Legends

A reply to Chamath Jayashanka
1

It is a shame. Darn Legends screwing time.

What's more confusing to me is the end of that crossover. Merlyn gathered Savage's ashes, which is presuming he had a hand in his resurrection. But in that scene, Merlyn says "You owe me, buddy."

Tall about something that's never been covered though it was teased before. Though both this as well as the Savage/Khan connection was prior to the actual Legends series.

A reply to Hung Blog Blog
1

I voted Repress, which I presume you mean Sad Feelings. It's a little cheesy, but when you actually listen to the song, it is kinda sad song. It reminds me about this one quote: When you're happy, you enjoy the music. When you're sad, you understand the lyrics.