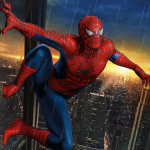 Hello Arrowverse fans! I'd like to update this community on a change that will affect all communities.

As many of you may know, Fandom has been migrating communities to the new Unified Community Platform (UCP for short). This wiki is scheduled to be ported over in the coming weeks. For those unfamiliar with UCP, please read this blog.

People who made the Arrowverse are could ever plan to have Wonder Woman in any of the shows or see get her own Series?
(edited by Anomymous Writes)

Hey everyone! Hope you're all doing well during this time.

Last fall, there was a community discussion on if we should implement message walls. It was a pretty split decision but a few more users have reached out to me since. We thought it'd be in the best interest for the change to be made. The talk pages do remain archived, so you can still refer to it if needed.

In hindsight, it is an overall better alternative and should make it easier to track messages (especially if you receive multiple before checking). You should also get a sense of what the message topic will be.

The latest seasons for the 2019-2020 season has kicked off! It's going to be a big one and we have lots of things planned! In case you missed the thread from earlier today, check it out here.

We also launched a landing page dedicated for the 2019-2020 season which can be found here! Check it out today and look around in the highlights section! I think the most intriguing thing you'll find is the Be A Hero Contest. Check out what it's all about and how you can be entered for a chance to win a prize!

Additionally, until next week, we'll be using a theme dedicated to Batwoman to kick things off and hopefully gets people to engage more with Batwoman content!

Hope all of you enjoy this upcoming season. We got a long road ahead with potential mergers in the future (depending on how Crisis goes, more to be discussed then), so buckle up!

I don't know if this board page is the right place to put this question in, but shouldn't we add photos of Sara Lance and Al-Owal, or Ra's al Ghul wearing their league of assassin suits and masks for the gallery of league of assassins suits page?

Batwoman has officially been ordered to series! While initially a pilot was ordered, we'll now be getting a full season, though it's unclear how many episodes that will entail.

See below for a quick teaser that properly unveils the heroine after her Arrowverse debut:

Like last year, there is to be no spoilers for Endgame. Especially with the recent leaks. Real or not, anyone posting spoilers will be earn themselves a block. Remember, this is the Arrowverse Wiki, we aren't related to MCU, let alone Marvel. Please be respectful of others.

The back work has been completed, thanks to Tupka217. And as you may have noticed, we have been adding more content from the 90's Flash. It's official, 90's Flash is now apart of the wiki.

As for the character portal, we are figuring out a nice mock-up of the portal we discussed over a year ago (it's hopefully finally coming).

One last thing: There is to be absolutely no plagiarism from the other wiki, nor are we getting it closed per the administrator of that wiki's request. Please respect that.

Since we're in prime time for editors to visit the wiki, I just wanted to remind something to everybody.

The events of the episodes are detailed when they've already happened. In the PAST. So, please, dear users, stop writing information in present tense, as if Overgirl is flying at your window, punching superheroes right now. Instead, use past tense: "Overgirl flew", "the heroes were overwhelmed", "the Nazis attacked". You have seen the episodes, you are not seeing them indefinitely, so the events happened, they don't happen in the present.

Thank you for your time, and sorry for ALLCAPS. Just don't write articles in Present Indefinite for no reason.

(edited by Kir the Wizard)

Infinity War is just around the corner. While it's Marvel and unrelated to the Arrowverse, there has been people who decided it would be "funny" to spoil major movies on this wiki that is unrelated. So we're gonna be blunt and putting out this warning right now, anyone who discusses Infinity War on this wiki will be blocked without warning, regardless of history. It's inconsiderate as people can still see the messages through the activity feed, even though they don't participate in the discussion.

However, on our discord, we'll be opening an Infinity War discussion on Thursday night if you wish to discuss the film with people on this wiki.

We've had thoughts of it since the multiverse was introduced and a couple of you suggested it before. We have finally implemented a "Home universe" category to character infoboxes. The code for the infobox is simply "homeuniverse" and goes after the family parameter.

Although it doesn't really affect anything where it's placed in editor, we prefer that it's consistent with how it's displayed, so keep the same ordering. In that sense, the actor parameter has also been shifted to the bottom of the infobox. Be sure to use the denotation currently used, so "Earth Two" instead of "Earth-2" for consistency and this parameter instantly adds the "Characters from Earth __" category.

As there are too many characters introduced, feel free to assist in implementing the parameter to character pages.

I am sick of the bad blood between Shippers. Can we learn to tolerate each other? Can we end the conflict? What good does it do with us constantly fighting look to what we reduced to into doing all the time.

Can we all agree on stop attacking each other and be civil perhaps other shippers could be having interest in learning more about shippers and seeing things from their point of view and not feel they have to fight back? You could or not see their point of view that is okay that is subjective. So what do you say no more bad blood? Yes. Things are easier said than done. Can we at least try? If you have hard with some shippers try turn them down politely. Are there more advice?

As many of you know, User:MakeShift recently retired from the wiki. That said, I'm currently the only fully active admin on the wiki, and even then I'm getting quite busy. Therefore, I'll be experimenting with community meetings that will happen periodically.

These community meetings will be done so in a highlighted thread that occur once a month. They will be up for approximately 24 hours. The focus on each meeting will be on one topic (and would appreciate it if focus stays on that particular topic).

Additionally, you can propose a topic for next time, but do not discuss it further. A great format for a comment can be along the lines of:

I do not have a particular date in mind for our first meeting but I'm leaning toward next Friday (Jan 19).

UPDATE: The first meeting will be held on January 19 and we will be discussing character weakness/strengths and what should or shouldn't classify as one.

Hey there everyone, due to growing life experiences and general business, I'm retiring from editing. Feel free to read a more detailed letter here, as well as leaving any messages.

Every year since 2014, there has been crossover episodes set late in the year, just before the mid-season finales. We've seen a spike in views during crossover weeks but this year was different than any other year.

I'm pleased to announce that in the past week, this wiki has recorded 3.5 million views and over 6.3 thousand edits! Our highest view count in a single day was reached on November 29, where we received 896.6 thousand views and 1.8 thousand edits.

To make things more impressive, on December 1, we've reached a peak rank on the TV hub of number 1 an seventh overall throughout the FANDOM/Wikia network. On December 3, 2017, we've moved up a rank higher, achieving an overall rank of 6 and maintaining our number 1 spot on TV wikis! These are all big accomplishments that could not have been done without the contribution of each and every one of you. Pat yourselves on the back for being part of this achievement.

Furthermore, we previously had Fandyllic create us a logo based on the logo in teasers and posters as seen below.

However, after the episodes aired, we had Fandyllic retouch it to fit the title cards:

Again, thank you to all those who helped, especially those who went straight to work as the episodes finished!

"Cynthia and Josh. That's great. Not so scary now, Cynthia."
"Keep calling me that. See what happens."
—Cisco Ramon and Cynthia/Gypsy[src]

Currently we have an unclear situation regarding characters that were given incomplete names in-universe, but rather recognizable aliases. We don't have a specific wiki policy for that, so we thought to consult users on the matter.

On the one hand, we have Courtney and Charles (rather than Stargirl and Dr. Mid-Nite).

On the other hand, we have Gypsy and Breacher (rather than Cynthia and Josh).

What is your preferred variant for naming such articles? Should we use real, but incomplete names of the characters, or their well-known aliases?

(edited by Kir the Wizard)

For nearly a year he's been a hard-working content moderator and, seeing as we're in need of some admins, the admin team decided it only fitting. I'm happy to announce the latest member of the administrator team: Kir the Wizard!

Everyone be sure to wish him congratulations, as it'll be something of a learning curve, I'm sure.

There are two Warden Wolfe pages on this wiki. Either one has to be deleted. http://arrow.wikia.com/wiki/Wolfe

Since starting our improvement drive, while it's been a success, I've found myself exceptionally busy, with little time to post frequently. Due to this, I've decided to post a layout of the future of it below:

The drive will overlap a little bit with the premieres of the new seasons, but that's no bother, so be sure to help contribute as much as you can!! 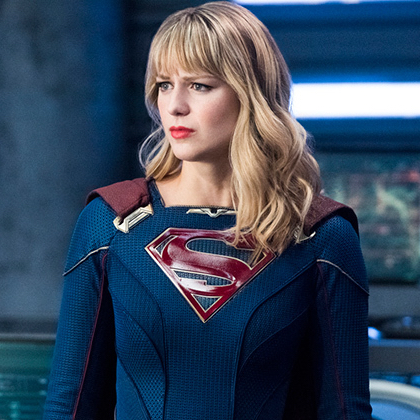 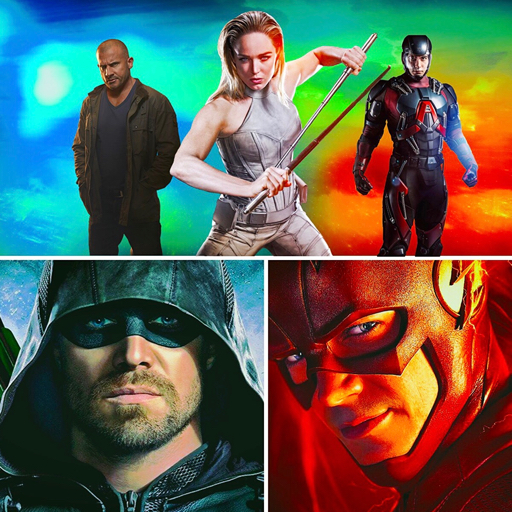 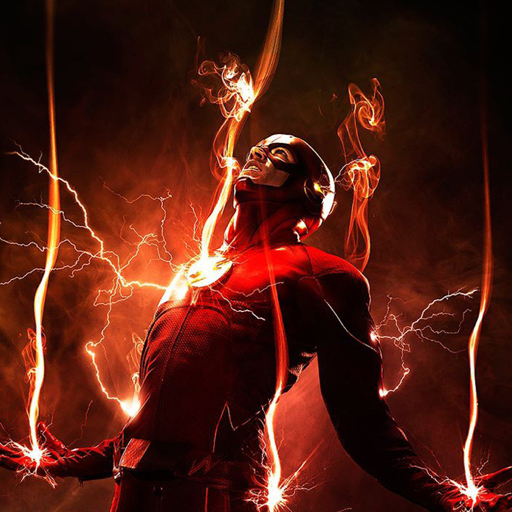 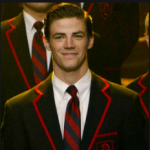 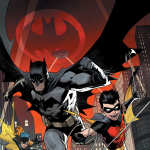 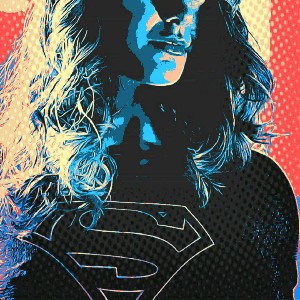 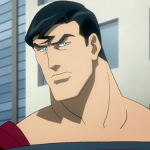 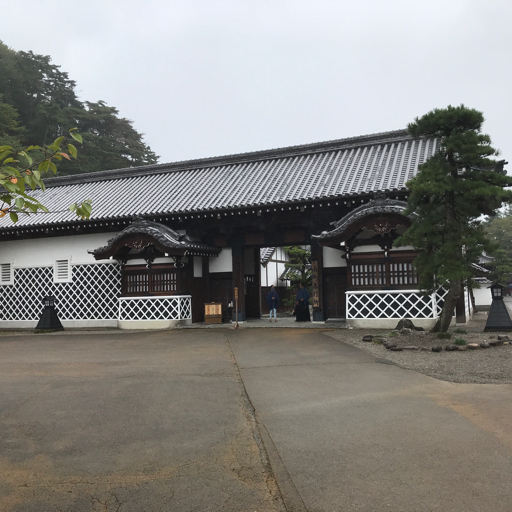