Remember Brainy trapped Leviathan in a glass capsule thing then Lex took it from him.

I think next season Lex will open the glass capsule thing and release Leviathan.

I love Lex, but I'm skeptical about him. I think he might make a deal with Leviathan after he releases them.

I know he was trying to stop them in season 5 and maybe he was playing them, but what if he's going to release them and work with them for real?

I think he's going to Let them out. Or maybe him and he's mom are going to do experiments on them.

Remember Brainy trapped Leviathan in a glass capsule thing then Lex took it from him.

I think next season Lex will open the glass capsule thing and release Leviathan.

I love Lex, but I'm skeptical about him. I think he might make a deal with Leviathan after he releases them.

I know he was trying to stop them in season 5 and maybe he was playing them, but what if he's going to release them and work with them for real?

I think he's going to Let them out. Or maybe him and he's mom are going to do experiments on them.

So either what I’m about to talk about is a plothole or I’ve missed something. So when supergirl flew fort rozz to outer space Alex talked about how supergirl would basically suffocate in space (which she almost did). But later on we see Kara on mars breathing like no ones business. Now I’m not a Martian biologist so I’m not gonna question why the martians can do it but why can supergirl do it?

Just a question because I honestly don’t see it. I just want opinions, so thanks in advance

For those of you who believe sc will be toxic, this just addresses the recent interview Mel did. 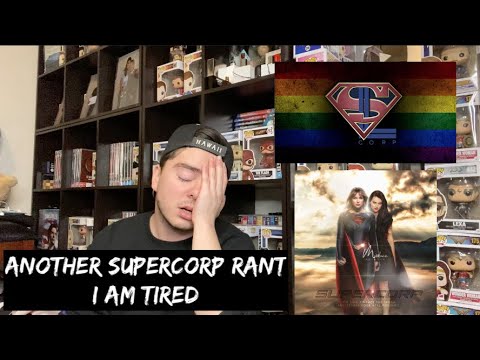 Who has your vote?

Honestly that article’s title is misleading

Supergirl Star Looks Ahead to Season 6: What's Next for Kara and William's 'Slow Burn' Relationship?TVLine

Mel quoted “the possibilities that my character has”

Because how is Kara alive or born?

When Krypton was getting destroyed, Jor- el put Kal in a pod when he was a baby and sent him to Earth.

That would make an interesting crossover, I don’t know, it just kinda occurred to me, also is it bad I kinda ship them even if they haven’t met lol. 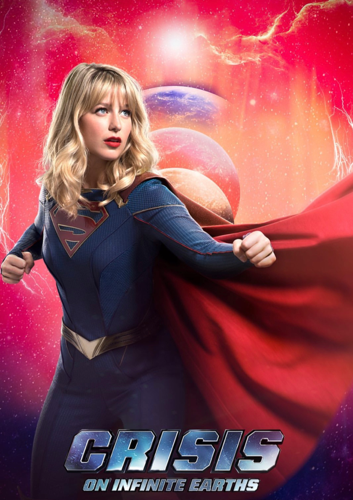 Yes, it was great! 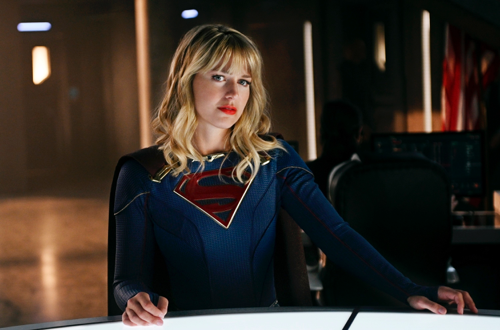 No, it was weak

Does anyone else feel like these two being together is just kinda... off? Like, for this adaptation of them it's totally fine because they're both adults and have done and seen a lot, but... I mean, almost every other interpretation of these characters has M'gann as a kid and she sees J'onn as a father or uncle figure. Particularly in Young Justice she calls him "Uncle J'onn." It's like if they made Barry fall in love with Wally or Bruce fall in love with Dick. Well, those might not be one-to-one comparisons, but kinda close.

I don't know. I also constantly defend Barry and Iris being together despite Iris's family fostering him so what do I know?

I heard and saw somewhere that Lex Luthor in the new superman and Lois show will be black.

Please tell me this isn't true!

I don't like the idea of a black Lex Luthor. Rather take Jon Cryer or someone else. But I'd prefer Jon Cryer. Take him from supergirl and move him to superman and Lois.

I'm ready to to see Jon Cryer Lex on superman and Lois.

I'm really hoping the news about the black Lex is not true. It will just ruin the show.

OK, now that it's official that Alex is a full Vigilante, which I love that but the real question is what will her codename be when she's on the Field. I mean after J'onn gave Alex the morphing weapon, I was thinking that her codename could be Armory. I feel that Armory as a codename for Alex seems nice to me and it's very accurate because of the weapon that she possesses can change into any weapon she desires.

What do you guys think about the codename that I imagined for Alex? If you have an idea of what Alex's codename could be put it in comments below.

This is by far, the best season finale from SG.

David did such an amazing job for this episode!!!!

I was wondering when we were gonna go with Lillian saying “...taking over another world” and now we finally saw it. It gonna be interesting to see a mother and son duo taking over the world, or trying at least.

I never doubted Brainy and it sucks he sacrificed his life to just be meant by nothing. I’m proud of him, and I’m glad female Brainy was there to guide him.

Alex’s SUIT WAS AMAZING,(Kara’s reaction was literally the fandom’s reaction) though I’m not a fan of the hairstyle but it’ll grow on me for next season. Kelly’s reaction was so cute to her look, though I wonder what code name she’ll have.

Once again, with that speech, the Paragon of Hope does it again!! And when Alex and Lena were in sync “if anyone can do it, it’s you”was kinda suspenseful.

Speaking of Lena and speeches, my god, I can’t even explain how good it feels to restore a little bit of trust between her and Kara. Kara realized what she needed to do when she was giving her speech. I knew from the start that by the end of the season they’d be okay.

Those Supercorp interactions were intense, I agreed to Kara’s pov and Lena’s as well. These scenes showed us that, both povs are valid and both were in the wrong at some point. But now, now they’re starting to find their footing together, with no secrets. Hopefully people can see and understand both povs and have some compassion for the two characters.

The way this finale ended is so worth waiting a year for what comes next.

Also what I’m about to say next is my opinion, I hope you can respect it,

Im sensing some sort of, first steps of sc actually happening, maybe, possibly. The way this finale ended seemed like the writers are listening to their majority of fans. But then again, we’d have to see in a year.

Yes! It’s totally Awesome
Maybe
I didn’t like it

That was the finale that we watched last night, right? 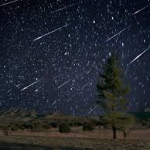 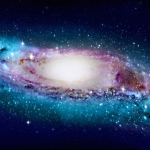 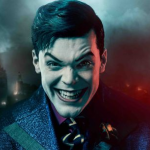