"Land of the Lost"

All of these men are willing to die on the battlefield-- not for some Spear, but for an idea. And I get it now. Camelot isn't about history. It's not even about some dusty old books that got a lonely kid through childhood. It's about one noble idea-- that we can all stand up for what's right, no matter what. And I can't walk away from that.Ray Palmer to Nate Heywood

"Camelot/3000" is the twelfth episode of the second season of DC's Legends of Tomorrow, and the twenty-eighth episode overall. It aired on February 21, 2017.

The scene starts in Detroit in the year 3000. A researcher is dealing with a bit of future innovation, before being drawn closer by Rip Hunter. The researcher is taking a shot at a neural transplant that can stop - or support - savagery. Rip shoots the specialist in the leg, approaching him for the area of the bit of the Spear of Destiny that Rip instructed him to secure. rip gets ready to cut the person's leg open, where he thinks the lance is.

The Legends utilize the Waverider to venture out to 3000, where they visit the area of the now-dead researcher. For reasons unknown, the researcher was really Doctor Midnite from the JSA. They discover Rip's name composed on the floor in his blood.

Back in the Waverider, the Legends banter their present circumstance. Amaya accepts that Sara ought not have released Rip, since he proceeded to kill Doctor Midnite. Gideon reports where the following bit of the Spear is - in medieval England.

Ray and Nate suit up in period garments while bantering about their involvement in medieval history.

Mick discovers Stein in the library. Mick begins to speculate that Stein took something, and finds that it's Doctor Midnite's future innovation.

Nate, Sara, Amaya, and Ray stroll through the timberland, where they are assaulted by an army of knights. Ray endeavors to assuage them with an early English intonation, and uncovers that the knights work for King Arthur. The lead knight pulls off their protective cap and declares that she is Guinevere, and vows to lead the gathering to the lord.

The gathering are taken to King Arthur, who is sitting at his round table. Ruler Arthur brings Merlin - who is truly Stargirl.

The group takes Stargirl onto the Waverider. She clarifies that Rip went with the JSA set for discover the Spear of Destiny, and they continued to part it into four pieces and gatekeeper it across history. Stargirl clarifies that her piece is formed some place in King Arthur's court.

The three are later at a gathering in King Arthur's court. Stargirl guarantees Amaya that the bit of the Spear is all around covered up, while Sara praises Guinevere on her warrior aptitudes. Guinevere clarifies she is considerably more open to being a warrior than a sovereign, and clarifies that her better half is on a chase right now.

Arthur battles with a knight in the woodland. Arthur asks the knight to simply murder him, however the knight lifts up his face shield, uncovering he is Damian Darhk. Darhk and Rip approach Arthur, revealing to him they have large designs for him.

Back at the gathering, Nate, Jax, and Ray have a beverage off. Ray sees Sir Galahad sitting in the Siege Perilous, the seat for the best of the round table. Ray approaches Galahad and reveals to him he's a major enthusiast of him. Galahad clarifies why he battles nearby Arthur.

Arthur comes back with the Black Knight. Stargirl approaches him, and he holds a blade to her through. Darhk uncovers himself as the Black Knight, and furthermore uncovers that Arthur is being constrained by Rip utilizing Doctor Midnite's future innovation. When Stargirl uncovers that she won't give them the lance, the trio prepare to execute Stargirl, yet the Legends snatch a blade and starts battling. Arthur executes Galahad and afterward puts a blade to his own throat. Rip and Darhk undermine that they will come back with a multitude of psyche controlled officers if the Legends don't give them a bit of the lance.

The following day, Stargirl asks how the Legends know Darhk. Sara finds the future innovation in one of the knight's heads, and Guinevere gets irritated, saying that she wouldn't like to lead Camelot in this fight. Sara clarifies that Guinevere will have the option to lead, much like she figured out how to lead the Legends. Amaya recommends to Stargirl that they remove the Spear from the mansion, yet Stargirl opposes this idea.

Stein examines the future tech, just to be found by Jax, who is disillusioned in him for having taken the innovation. Stein clarifies that the innovation works through transmitters and beneficiaries, yet requires an anomalous propelled brain to outfox Rip and Darhk's present settings. They choose to utilize Stein and Mick as guineas pigs.

Back in the timberland, Darhk and Rip undermine King Arthur to lead his troopers into fight.

Stein and Rory try out the future innovation, yet with no achievement. Mick removes his gadget. Stein finds the sign that Rip and Darhk are sending to Mick's gadget.

Guinevere gives her military an awakening discourse before fight. She gets word that the Legion is rapidly drawing nearer, and they choose to settle the fight by means of blades rather than Stein's innovation. The gathering runs off to fight, and Nate inquires as to whether this reason merits kicking the bucket for. Ray says truly, on the grounds that he adored the accounts of Camelot as a child. As Ray leaves, Nate opens his history book and sees a Medieval drawing of Ray being given a trooper's burial service.

Amaya and Sara find that the Spear piece is covered up in Excalibur. Amaya bridles the intensity of every last bit of her creatures to have the option to pull it from the stone. She breaks the blade separated and finds the bit of the lance, yet Stargirl runs in and instructs them to stop.

Darhk and Rip contend about the Spear, Rip feeling sabotaged by the way that Darhk won't hear him out, in spite of him having just discovered two pieces of the Spear.

Amaya finds that Stargirl is so defensive over Camelot and the Spear since she became hopelessly enamored with Arthur. Amaya reveals to Stargirl that the Legion of Doom will persevere relentlessly to get the Spear, and Stargirl consents to let Amaya take the Spear.

Ray prepares to utilize Galahad's blade, which he has now updated with the utilization of his Atom gloves. Nate attempts to persuade him to flee from the fight, yet Ray differs and says that it merits battling for indistinguishable convictions from the officers. Nate discloses to Ray that he saw his burial service in his history book, and Ray couldn't care less.

Sara and the remainder of the Legends prepare to take off in the Waverider, until Nate uncovers that Ray is remaining in Camelot.

Guinevere knights Ray, which at that point changes Nate's history book. Mick, Stein, and Jax choose to join Ray in his battle, and Sara and Amaya in the long run concur. The group gets ready for the battle.

Guinevere, Ray, Stargirl, Rip, and Darhk lead their individual armed forces. They start battling, and are before long joined by Amaya, Sara, and Nate. The fight proceeds.

Jax and Stein attach Mick to the transmitter. He starts to send musings to King Arthur and different officers, who return back to their typical selves. Arthur charges at Rip, losing him his pony and harming him. Rip approaches Darhk for help yet Darhk deserts him. Ray pursues Darhk, while Sara approaches Rip. rip thinks Sara is here to slaughter him, yet she rather ship him into the Waverider.

Ray chases for Darhk in the cold backwoods. The pair start blade battling, and Ray thumps Darhk down. Darhk seems prepared to give up, yet rather fires Ray with his laser firearm, thumping him to the ground, and flees.

Nate discovers Ray in the woods, believing he's dead. Ray awakens and uncovers that he was wearing bits of his Atom suit underneath his defensive layer.

Back at the manor, Arthur says thanks to Amaya for ensuring the Spear. Stargirl uncovers to Amaya that she is remaining in Camelot. Amaya and Nate prepare to leave, yet Nate uncovers that Sara is investing energy with Guinevere.

Sara and Guinevere share an enthusiastic farewell which is just hindered by Ray. Guinevere expresses gratitude toward him for his administration, and Ray and Sara prepare to leave. Ray recommends that Sara give Guinevere a genuine farewell. Sara returns to Guinevere, and the two offer a kiss.

The Waverider takes off. Mick prods Stein about how his cerebrum wound up making all the difference. Nate confesses to Ray that legends are similarly as legitimate as history. He inquires as to whether Ray needs to know how he is presently recalled in Camelot, and Ray says he would prefer to make up his history as he goes. Ray's book is uncovered to show a drawing of Guinevere setting a crown on Ray's head.

Jax approaches Rip, who is in the Legends' cell. Jax undermines Rip, saying that Rip is do not chief anymore and will be murdered on the off chance that he harms anybody on the boat. Jax leaves, and Rip summons Gideon. 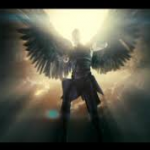 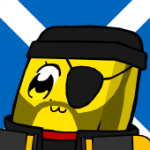