Elseworlds is the name of the fifth annual Arrowverse crossover event between The Flash​​​​​, Arrow​​​​​, and Supergirl​​​​​. The crossover aired over three nights from December 9 to December 11, 2018. It served as a set-up for the television series Batwoman​​​​​ and revealed that CBS' The Flash​​​​​ was canon in the Arrowverse. 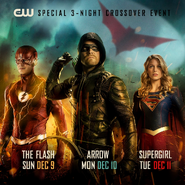 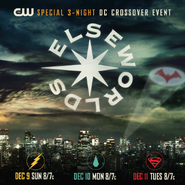 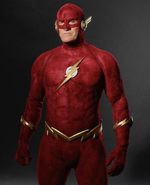 John Wesley Shipp as Earth-90's Flash.
Add a photo to this gallery

Supergirl
Add a photo to this gallery

Retrieved from "https://arrow.fandom.com/wiki/Elseworlds?oldid=712251"
Community content is available under CC-BY-SA unless otherwise noted.