Negative tachyons are particles that can increase a speedster's speed by siphoning positive tachyons from the Speed Force.

The Time Bureau had at least one encounter with negative tachyons, learning that they slow speedsters down. It also became known that if negative tachyons were to get anywhere near a timeship's "time drives" the reaction would vaporize the ship.

When Nora West-Allen time-traveled to 2018, she used a device she found in the Flash Museum archive to harness negative tachyons, preventing her from entering the Speed Force, in order to appear unable to travel back to her time; Nora hoped this would allow her to stay in 2018 and spend time with her father.[1]

After his body's destruction in the Anti-Monitor Crisis, Eobard Thawne became a spectral entity made up of negative tachyons. He had the ability to possess humans, but in doing so would lose access to the Negative Speed Force unless he could force the host to fully submit to his will. After Thawne possessed Nash Wells, Cisco tried to use the positive tachyon device (PTD) to bombard Nash's body with positive tachyons to force Thawne out, but his tachyons were multiplying faster than the PTD could get rid of them. However, Barry and Cisco were able to force Thawne from Nash by going into Nash's mind using the MAD 2.0 and helping Nash face his emotions.[3] 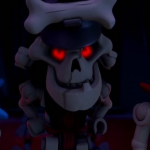 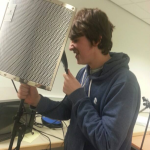