Crisis on Infinite Earths poster - "It's the end...of the worlds" 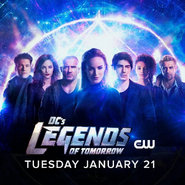 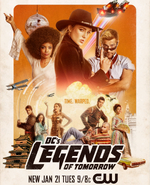 Time. Warped.
Add a photo to this gallery

Retrieved from "https://arrow.fandom.com/wiki/Season_5_(DC%27s_Legends_of_Tomorrow)?oldid=614320"
Community content is available under CC-BY-SA unless otherwise noted.