"So what do you want?"
"Why, to kill you of course and every version of you across the multiverse so that if the, uh, Superfriends somehow find a way to save existence there won't be a single Superman to stand in my way."
—Clark Kent and Lex Luthor[src] 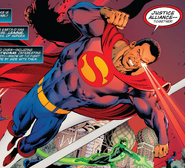 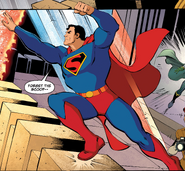 Superman (film)
Add a photo to this gallery

Retrieved from "https://arrow.fandom.com/wiki/Superman_(disambiguation)?oldid=745482"
Community content is available under CC-BY-SA unless otherwise noted.