Please note, Slade said he was seperated from his son long ago and Roy Harper said he lost someone a long time ago, anyone else think that the two are father son? Roy does look a bit like Slade. —Preceding unsigned comment added by MarcusYap (talk • contribs)

Slades son must have been born in Australia, how did he make it to Starling? —Preceding unsigned comment added by 142.255.11.79 (talk • contribs)

question... how stupid are some people (no offense) Roy has absolutely NO relation to Slade Wilson, if you people are DC fans you'd know that, in the DC Universe Ravager and Red Arrow (Joe and Roy) actually battle against each other. I am disappointed in some of the fans of this show that say things like this :( Wraiyf (talk) 05:25, December 5, 2013 (UTC)

Roy got the full effects from Mirakuru?  His wound did seem to heal and in the promo for the next ep which starts in Jan, he seems to punch some concrete which breaks off.TimeShade 20:09, December 14, 2013 (UTC)TimeShade

Roy should have the same abilities as anyone who survived the treatment.

Okay, looking at the screencaps from GreenArrowTv, we see Roy with a mask similar to Olivers, but obviously red, but also, if you look closely, he's also got a bow and quiver, looks like this episode will be the birth of Speedy. Wraiyf You never know when life will hit you hard, but then you hit it back. 15:53, May 8, 2014 (UTC)

Given we have actual season 3 footage now, and Arsenal is included in it, not as a promotional shot, should we include this new photo of him? I'll just pop it here, because every other time I try and do something for this Wiki it ends up being reversed because of some policy I didn't know about haha. So I'll put it here for moderators.

Of course, he hasn't been called to as Arsenal yet, so it would just be the titless photo as now; even if not now, once the episode airs I'm sure this will be usable. :D (EDIT: I might annoyingly add that he actually has been referred to as Arsenal in casting lists, though I don't think that counts for the wiki.) Mirakuru (talk) 11:41, July 26, 2014 (UTC) 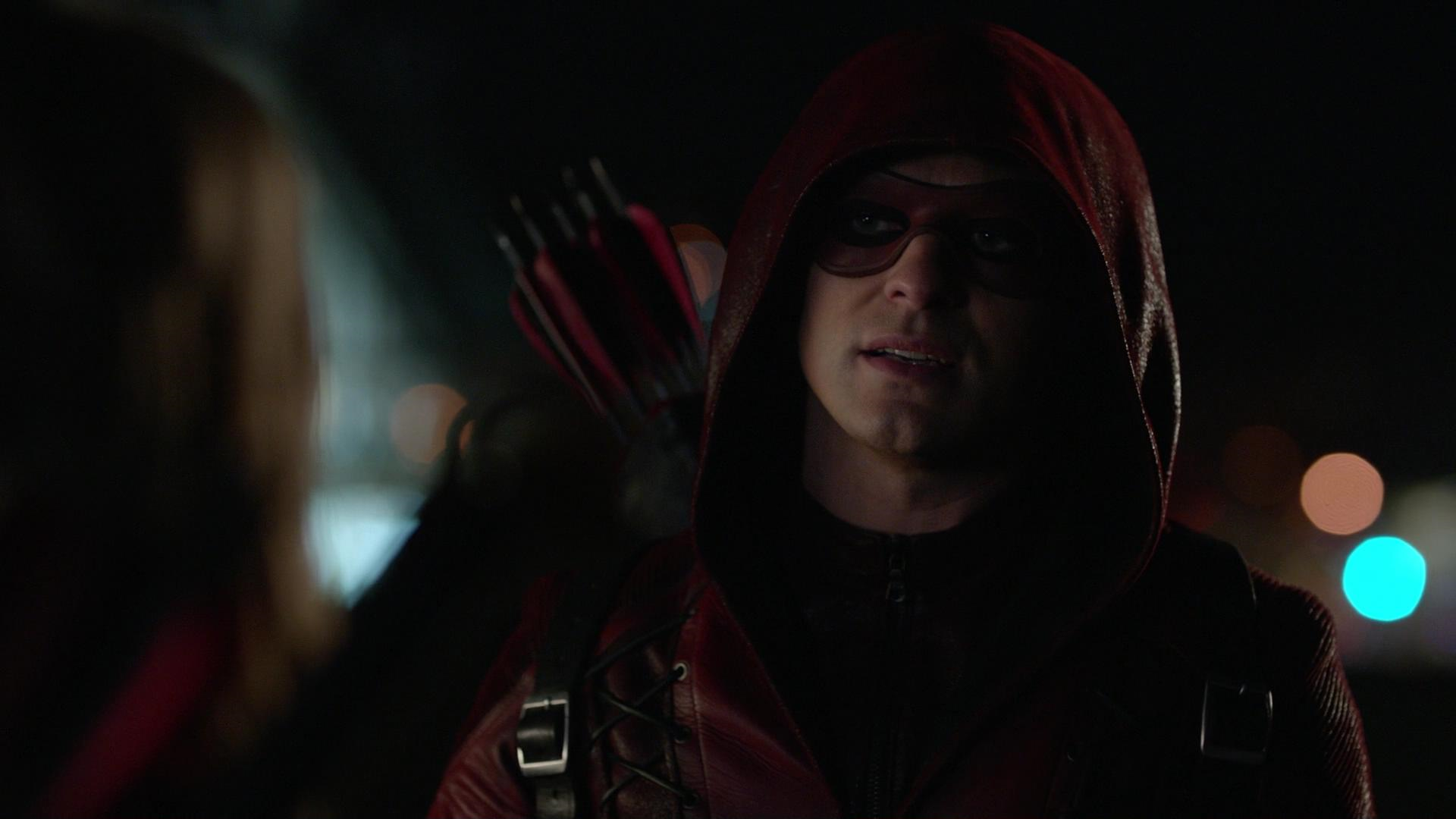 That clearly isn't true now. Roy and Oliver not only hugely trust and care for each other, they made it pretty clear when they hugged it out in E9.

Given that Roy never needed someone to restore his soul to his body like with Sara, he was probably just injured like Thea was, but not dead.Ninja72 (talk) 13:33, May 8, 2019 (UTC)

Retrieved from "https://arrow.fandom.com/wiki/Talk:Roy_Harper?oldid=502448"
Community content is available under CC-BY-SA unless otherwise noted.