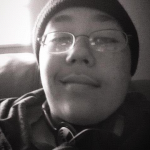 Hi my name is Adzou154 and Im a big fan of DC Comics and who ready for the spinoff of arrow and the flash. Supergirl i don't know they are going to tye it in with arrow and or the flash. The flash can go back in time and see little bruce on gotham becoming batman in the future. That would be a hell of an episode and if they can bring back tom welling as smallville version of superman on supergirl. And now constatine is tying in with Arrow. Wow i love this dc tv universe.

Retrieved from "https://arrow.fandom.com/wiki/User:Adzou154?oldid=116305"
Community content is available under CC-BY-SA unless otherwise noted.