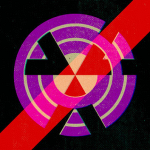 Heya! I'm Playsonic2, and I'm a Wiki Manager for the TV/Movies vertical at Fandom.

I'm available as a point of contact for communities either to provide assistance as needed or be a liaison with full-time Fandom Staff. I'm able to help with multiple aspects of wiki life, such as:

Feel free to contact me if you have any questions. You can leave a message in my wall or talk page in the community where you need my help or in my Community Central message wall.

You can also reach me via Discord by sending me a direct message or pinging me in Fandom's Discord server - my tag is Playsonic2#0732.

The following are my top lists of favourite characters and episodes within the Arrowverse. The top characters are updated considering recent events.

Deceased character from the Arrow flashforward

Retrieved from "https://arrow.fandom.com/wiki/User:Playsonic2?oldid=559092"
Community content is available under CC-BY-SA unless otherwise noted.