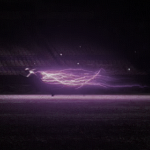 "An eye for an eye makes the whole world blind."
— Gandhi

Name's Zack. There's nothing really much to say other then the fact that I'm a fan of the series much like you. What's most intriguing about the show (Flash) is the amount of sciences and physics related to time travel & inter-dimensional travel concepts. How this is entwined together to create fictious theories is astonishing, yet almost realistic. I normally watch the "Flash" with great hype and I highly anticipate an episodes that feature "The Reverse Flash". This character is the reason I stay interested in the show, because of his vast knowledge of the Speed Force and Sciences. The combined understanding of the two is unrivalled. What's fascinating is the time travel theories, we are alerted to through him. The distinct suit, and the interesting fact that he's such an asset to Barry more then Barry realizes. With my vast knowledge of the and it contents through comics, I will contribute in ways I can to the wiki with the television references and sourced material will be either my own or others credited work which will be acknowledged. Hopefully become a moderator/Admin someday to lay down terms against vandalizers and their equivalents. Not all new to wiki source coding although I wouldn't say I'm a Master, just had a tad experience previously owning accounts to the generalised Wikipedia and other Movie/TV related wikis until forgetting my passwords resulting in the creation of yet another account, PurpleComet19. Leave a message, ask me question and don't be easily hostile, if I confront you on a removed edit of mine without a legit cause, the matter could be issued up to Admin if your reason for doing so is anything but satisfactory.

I conjured up the name as an attempt to swiftly complete my registration. At the time of creation, I combined the first 3 thing that were on my mind. While watching 3x14, I was amazed at the distinct coloration of "Accelerated Man's" Purple lightning, momentarily afterwards I recalled a memory of a description regarding Hailey's Comet earlier in the day, before rewinding the episode a tad to Accelerated Man's cameo in which I saw the words Earth 19 under the lower regions of his face highlighting the universe he existed in.

Retrieved from "https://arrow.fandom.com/wiki/User:PurpleComet19?oldid=469154"
Community content is available under CC-BY-SA unless otherwise noted.