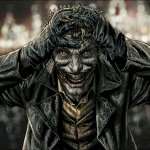 Hi, I'm an admin for the Arrowverse Wiki community. Welcome and thank you for your edit to User talk:TimeShade! If you need help getting started, check out our help pages or contact me or another admin here. For general help, you could also stop by Community Central to explore the forums and blogs.

Interesting ideas. However, with discussions, we try to be more lenient over there so as long as it's relevant and not spam, we don't want to impose too much rules on what they have to do.TIMESHADE |Talk/Wall| - |C| 10:10, July 2, 2017 (UTC)

Hey, nice to see you on the wiki editing side. Just like to point out we have some editing policies, such as the image and sourcing policies. Particularly for images, they should be PNG and licensed/categorized. And stuff like synopsis should be cited, or anything upcoming. If you're unfamiliar how to cite on a wiki, feel free to leave the link to the source so someone can easily fill it in rather than look it up.TIMESHADE |Talk/Wall| - |C| 03:55, November 12, 2017 (UTC)

I think the E-X pages were deleted because they could be considered spoilers as the crossover is next week. The pages will be created after the crossover. ZSomji16 (talk) 17:01, November 23, 2017 (UTC)ZSomji16

I told them about the FANDOM category and they said they would change it so it's programmed to go into FANDOM category in the future.TIMESHADE |Talk/Wall| - |C| 04:11, January 16, 2018 (UTC)

That's good to hear. Users can now easily sort them out. Thanks a lot.

Okay thanks and do check what I wrote on the WWII talk page.

Well, I specifically looked up if there WAS propaganda like that, but these photos seem genuinely made for the series, which is also why I, in the end, added the Hitler photo to Hitler (Earth-X), rather than Adolf Hitler, to my chagrin. I mean, a real Nazi German march with a poster that says "VICTORY", in English? I find that hard to believe. Maybe I'm just missing some real footage, but that doesn't look like any, so I suppose Harry somehow got archive footage from Earth-X.--Kir the Wizard (talk) 16:33, January 30, 2018 (UTC)

Yes, I had thought the same as you. Just let you know that because of what TimeShade said. Although, there's lack of evidence but still I think it was made separately for the show. BatBrandOfJustice (talk) 16:38, January 30, 2018 (UTC)

A key point though was that New York was nuked, so it seems a little odd there would be a Nazi celebration there. Though I highly doubt we'll get an answer, we should try asking the writers.TIMESHADE |Talk/Wall| - |C| 18:46, January 30, 2018 (UTC)

Howdy, just in regards to that Fallout Image, although it showed his whole body, you couldn't exactly see the effects of his powers in the image easily like you could originally, so I removed the image you uploaded, it was a decent try for the image though, we try to keep all AE images the same sort of aspect, a half-body image that's clearly defining of them. Wraiyf You never know when life will hit you hard, but then you hit it back. 09:47, January 26, 2018 (UTC)

Alright. Actually I uploaded that image as a thought it could depict what his alter-ego is like. BatBrandOfJustice (talk) 13:09, January 26, 2018 (UTC)

Yeah I made a mistake, when I looked up Mallace I found a Mallace from the Dakotauniverse.  Where he is a human genistist.  I do not know how far that will go.  So it was my bad.

Hey, I have noticed here lately that you have uploaded images to the wiki. Thanks for doing so! I have also seen that you have added the template {{Image-screenshot}} (which is great). However, could you also add the episode that it came from? For example, {{Image-screenshot|Lose Yourself}}. This automatically adds the image into Category:Images from Lose Yourself and it doesn't add the image into Category:Unsourced images. Thanks! ~~IHH dt 13:51, April 20, 2018 (UTC)

Retrieved from "https://arrow.fandom.com/wiki/User_talk:BatBrandOfJustice?oldid=373529"
Community content is available under CC-BY-SA unless otherwise noted.