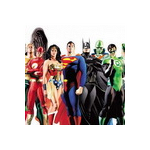 Hi, welcome to Arrowverse Wiki! Thanks for your edit to the User talk:MakeShift page.

It just seems a tad silly to have galleries of images that could otherwise be included throughout other parts of the page, or that would otherwise be pretty useless and are there for the sake of being there. —MakeShift (talk) 02:23, March 23, 2014 (UTC)

Yes. I spend most of my time on the Marvel Cinematic Universe Wiki and I know it used to be like this one is with Movies instead of Episode. I know one of the people who did a lot of work to change that was Uskok. He might have helpful ideas about how to rework the wiki into a in-universe perspective.

I'm with TimeShade, also next time, don't copy and paste from another wikia, actually make the effort to do it yourself, so Stephen Amell as Oliver Queen/The Arrow etc. not using other wikia's/show characters. Wraiyf You never know when life will hit you hard, but then you hit it back. 01:20, January 26, 2015 (UTC)

Even though it doesn't actually show everyone who appeared?

It's because we add on the characters and actors/actresses pages that they appeared. Wraiyf You never know when life will hit you hard, but then you hit it back. 03:36, January 26, 2015 (UTC)

As Wraiyf has said, we do cast and crew pages a tad differently, so it's not entirely necessary to do it the way you suggest. It's also oddly specific, which I don't think is too necessary. —MakeShift (talk page) 11:15, January 26, 2015 (UTC)

Mine were of much higher quality than anything from the blu-ray. They were actual HD stills released by the CW. Your images are of low quality. The still you replaced the Barry Allen's Team one with is just a stretched and pixelated version of a lower quality version of the image I had.

I was referring to Carrie cutter's civilian image. Also I did the team image because it was the right size. We should be replacing that anyways into a picture from the show, not a promo picture.TIMESHADE |Talk/Wall| - |C| 23:10, February 2, 2015 (UTC)

Coluan, the "Stills" that the CW release from episodes aren't actually episode images but are actually on-set images, so we don't use those images, if you're going to complain about image quality, then buy the Blu-Ray versions when they come out and release them then. Wraiyf You never know when life will hit you hard, but then you hit it back. 00:33, February 3, 2015 (UTC)

By complaining about image quality, you mean finding high quality images from Screecapped.net, and using them to replace the low quality screenshots you guys took? I don't mean to be rude, I'm just still confused why you are saying the images you added were of a higher quality than mine. Mine weren't stretched, they were from a copy of the episode officially released by the CW.

Like I said, I was referring to Carrie Cutter's civilian image you uploaded. I was just asking you to resize images to 1280x720 in the future if you download a 1080p file from a current season. I was saying 1080p files from current seasons are stretched versions of 720p as actual 1080 is only available when blu ray is out.TIMESHADE |Talk/Wall| - |C| 02:12, February 3, 2015 (UTC)

What have we told you about images? you need to NAME them properly, as well as have them correctly sized, not all over the place we've also told you tol follow the Image Policy which you continue to ignore ALSO, the images you have from the CW 90% are on set images, they're taken at different angles from the actual episode, only a few are actually able to be classified as episode shots. Another point, is that we take the screenshots ourselves, not take other peoples handiwork and upload it as your own, don't goto screencapped.net to get pictures, else you'll be blocked for plagerism and constantly breaking the image policy. Wraiyf You never know when life will hit you hard, but then you hit it back. 20:57, February 4, 2015 (UTC)

???, those were capped by me. You just deleted them.

Retrieved from "https://arrow.fandom.com/wiki/User_talk:Coluanprime?oldid=386148"
Community content is available under CC-BY-SA unless otherwise noted.