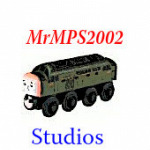 Hi, welcome to Arrowverse Wiki! Thanks for your edit to the The Count page.

Hey, I know you had no intention of messing up the formatting of Mark's page. Visual editor does that alot. Just surfing through your past contributions and it appeared you use to be a source editor and only began using Visual when wikia implemented their new one as the default for most/new users. Not sure if you were aware or just started to prefer the new visual editor but if you actually like source better you can go to your preferences and change it to source, if that's actually your preferred.TIMESHADE |Talk/Wall| - |C| 03:59, March 25, 2015 (UTC)

Don't take a photo someone else uploaded then reupload it on another photo. Don't be lazy and find another screenshot to use for an AE image.TIMESHADE |Talk/Wall| - |C| 18:47, March 29, 2015 (UTC)

Adding images that someone else uploaded

Season 2 Legends of Tomorrow; Leonard Snart = hallucination, legion of doom, or both?

The fact that he has only appeared as a hallucination in season 2 of legends, it deserves to be a trivial fact. Neither you or {{User:Director Of Shield are an admin, so stop undoing the edit.

"This is a signature."
—The Inner Hate

Be careful when uploading posters. Many people are getting better and better at making fan posters. Since no official account by the CW or a major site like CBR hasn't shared it, it's possible it's fake. Not to mention the original piece has a colorize-it watermark.TIMESHADE |Talk/Wall| - |C| 00:39, February 13, 2017 (UTC)

Please, specify the reason why you have removed "Powers" section from Unnamed mugger which had citation, quote and disclaimer? We have borderline cases like that good example being Christopher Chance. And, in case you will want to remove Chance's powers as well, keep in mind that it was done by then-content moderator and now admin, so it's not like I'm following the example of vandalized article or something. --Тостер (talk) 21:14, November 20, 2017 (UTC)

BTW, was checking out your YouTube videos and subbed. I just love when rather obscure subject meets dedicated filming and inspiration. --Тостер (talk) 21:29, November 20, 2017 (UTC)

Retrieved from "https://arrow.fandom.com/wiki/User_talk:MrMPS2002?oldid=453500"
Community content is available under CC-BY-SA unless otherwise noted.