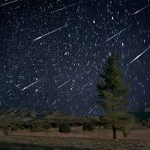 Constantine explained that Astra's life was exchanged for Natalie's. And with the statement, "So if you want to stop me, you'll have to kill me. But really, what's the point? My soul would just end up back down here anyway." (direct quote), she's referring to her soul, which can't die unless killed by Hellfire. ~ COƧMO THE CHOCOBO | TALK? | at 11:00, Feb 19, 2020 (UTC)

Hell is an afterlife. If Constantine kills her in Hell through normal means, she won't die because she's already dead and she's already in Hell. Does that mean she'll be alive again, bringing her back to the state of when she said that statement? Apart from demons, humans with their afterlife in Hell are deceased, and Constantine cleared that up. ~ COƧMO THE CHOCOBO | TALK? | at 11:33, Feb 19, 2020 (UTC)

Besides, even if Astra implied that, in the end, it's still implicit. John stating that her life was taken is explicit, and Astra hasn't been resurrected during her time in Hell, as far as we know. ~ COƧMO THE CHOCOBO | TALK? | at 11:38, Feb 19, 2020 (UTC)

John said she died though? The only way someone's alive again is if they've been resurrected, and there's nothing stating that she was. Pretty sure John would tell that to Natalie that she's alive again. And John stating that her life was taken is explicit, as opposed to Astra's mere implication. ~ COƧMO THE CHOCOBO | TALK? | at 12:00, Feb 19, 2020 (UTC)

How does Freddy Meyers not qualify as an alternate timeline inmate of Iron Heights? In the previous timeline, he took the fall for his mother murdering a bunch of his classmates and was subsequently sentenced to Iron Heights and killed by the electric chair. In the new timeline, the Legends prevent his mother from ever murdering his classmates, so he never takes the blame for her, and she ends up in prison instead.Sddelano5 (talk) 13:49, February 19, 2020 (UTC)

Retrieved from "https://arrow.fandom.com/wiki/User_talk:Ninja72?oldid=640938"
Community content is available under CC-BY-SA unless otherwise noted.