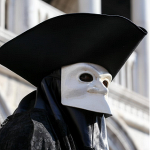 Hi, I'm an admin for the Arrowverse Wiki community. Welcome and thank you for your edit to Rex Tyler! If you need help getting started, check out our help pages or contact me or another admin here. For general help, you could also stop by Community Central to explore the forums and blogs.

Can you please stop with the images. The point of importing the images is to maintain the histories so the people who initially uploaded them get the credit.TIMESHADE |Talk/Wall| - |C| 21:23, January 2, 2017 (UTC)

Hey! Thanks for helping add the categories for the Supergirl Actors! If you want you can help me with the rest! I am starting at "Category:Actors" and going through each page in alphabetical order and adding the appropriate categories for the different shows "The Flash Actors" "Arrow Actors" "DC's Legends of Tomorrow Actors" etc. If they are in multiple, make sure they get all of the categories. If you want we can keep a running total here of what we have already done. IHHeroes (talk) 17:17, January 4, 2017 (UTC)

Dear Lord, stop consuming the feed in that one type of edit. Have to stroll down like 15 times before you can get to the main edits. So, please stop. -- ImperiexSeed, 1:26 PM, January 4th 2017

Don't ignore me, you're going against policy. -- ImperiexSeed, 3:08 PM, January 4th 2017
Really such a big category should've had admin consultation first. Also, if it's this big it should be done on a bot account, so it doesn't clog up recent changes or recent activity.TIMESHADE |Talk/Wall| - |C| 21:19, January 4, 2017 (UTC)

Generally speaking, being an ally of a particular group or organisation does not count as an occupation, thus should not be included under that parameter in a character's infobox. Of course, there's cases where this may not be the case, and being an ally may in fact be their occupation (eg. affiliated with and paid but not officially a member). However, for the most part, it's not (eg. allies of Team Arrow/Flash/Legends). —MakeShift (talk page) 13:29, January 5, 2017 (UTC)

Please license screenshots with the "Image-screenshot" template, and make sure to categorise them properly. Also, be careful with the names of them, though understandably English probably isn't your first language. Also, we don't allow filetypes other than PNGs. Please try reading the wiki image policy. —MakeShift (talk page) 05:35, January 16, 2017 (UTC)

If you add a pipe after the template name and add the episode title (eg. {{Image-screenshot|Stronger Together}}) then it'll categorise the screenshot under the appropriate episode. —MakeShift (talk page) 00:38, January 17, 2017 (UTC)

Please stop adding those categories. I don't know if it was you that implemented them, but you ran nothing by any admin and it's frustrating to clean up. If you ever have that sort of idea in future, run it by an admin to make sure it's okay to do. It definitely is not to just implement mass changes cause you can. —MakeShift (talk page) 13:51, January 27, 2017 (UTC)

I had to remove that bit you used an external link to cite as it's against our spoiler policy, as it's not completely confirmed in aired/released content.TIMESHADE |Talk/Wall| - |C| 19:35, February 6, 2017 (UTC)

Yes, but Talia being born in 1950 is only an assumption based on how old she looked like.

So you know, we don't use the "Images of Kara Danvers' apartment" category. Also, you're doubling up on the "Image-screenshot" template when you upload images. We just use the single template under a "Licensing" header. —MakeShift (talk page) 10:58, February 22, 2017 (UTC)

Just a reminder that you're doubling up on the licensing template. An example of what I mean can be seen here. —MakeShift (talk page) 15:01, February 25, 2017 (UTC)

Re:No such thing as Vixen the movie exists.

The so called movie is basically all episodes put together, and we already have the episodes in appearences.Ninja72 (talk) 23:43, December 2, 2017 (UTC)

Your generation does not necessarily mean, they are exactly the same age. It just means they are close in age. This is the second time you add a birth year, based on an assumption.Ninja72 (talk) 12:48, December 10, 2017 (UTC)

Just because, they are close in age, it does not mean you should add one s birth year with a circa to the other. For example Helena Bertinelli is probably around the same age as Oliver, but we dont add it.Your source is very ambigious and unclear. As for Talia, as TimeShade said to Riyanjackson, we do not add our estimations of, when someone was born.Ninja72 (talk) 13:03, December 10, 2017 (UTC)

Look at Felicity Smoak for example, she has born c.1989, because she said she was 25 years old,but we are not sure, when exactly she turned 25. Tony Woodward has c.1989, because if he is a classmate of Barry and Iris, he would have to be the same age as them, unless he started going to school one year later or earlier, or repeated a grade. Eobard Thawne has c.2151, because he said that he is born 136 years from now, but it might be 136 years as of this point of the year, which is why it has a c. All those sources are way more clear than yours.Ninja72 (talk) 13:16, December 10, 2017 (UTC)

Ok, this is a more clear implication than the generation thing. I will add it again.Ninja72 (talk) 13:37, December 10, 2017 (UTC)PS: the difference betwen classmate and generation, is that classmate is almost always the same age, while generation could mean 1-2 years older or 1-2 years younger.

Hi, could you send me the episode and timestamp where the population of Gotham was mentioned? 'Cause there was this scene in the beginning of Elseworlds, Part 2 where Kara said that there were 1.6 million people. Yeah, sorry, I'm quite the information junkie. I just want to watch the scene because I somehow don't remember it. Thanks. ~ COƧMO THE CHOCOBO | TALK? | at 14:14, Dec 14, 2018 (UTC)

I was going to suggest making a compromise and listing it as unclear relation, but it seems we both missed something. Bitsie said "I want you out of my aunt's house" after they discovered that Eve had given her the cure. You can see that here https://www.youtube.com/watch?v=w2zBU49gF7M.Ninja72 (talk) 17:59, April 3, 2019 (UTC)

Hey, please do not manually add categories to images pages stating what episode they are from. The Image-screenshot template automatically adds this there. You should still add character categories such as "Images of Kara Danvers", but you should never be physically adding the category "Images from ___". You may normally not physically add it; it may just be today. If you have been paying attention to the announcements, you would have known that the Image-screenshot template was temporarily "dead" for a few hours, so these automatic categories were not live. They are now live again so it is automatically categorizing again. So please in the future do not physically add these categories for episodes and pay attention to the announcements. Thanks, $ \int $ IHH dt    12:16, Jan 16, 2020 (UTC)

But Kara actually knows who he really is, so "Bruce Wayne would never bail us out" seems to be something that really is part of his personality and she could have meant something different than "Bruce Wayne is (pretending to be) selfish". She could have meant it as in that he would never bail some random people that he does not even know. Plus Kate said that Bruce was the only one that was there for her after her mother and sister died and Jacob said Kate is like Bruce, so there really is not that much evidence he presents himself as a selfish person.Ninja72 (talk) 20:24, October 13, 2019 (UTC)

I know you didn't delete it, and it's actually great you uploaded another pic for future use in case the file ever gets updated. If her current appearance is seen in an episode though, we usually update them, as evident in cases such as Kara's hairstyle. It's all good though. Keep up the good work, and happy editing! ~ COƧMO THE CHOCOBO | TALK? | at 16:52, Oct 16, 2019 (UTC)

Hey, just to let you know the "copy/paste" method you used when you attempted to move a page is considered plagiarism and is illegal. What this does is it does not carry over the edit history, so it seems as though you are the one that wrote all of the code on that page (which you did not). In particular, I'm speaking about Wayne Tower concierge. Please do not "move" pages like this again because it is plagiarism which is not tolerated. Thanks, $ \int $ IHH dt    12:16, Jan 16, 2020 (UTC)

Re:2019 in current Batwoman episodes

He actually says two weeks ago, not four. And we do not know when exactly in December Elseworlds took place, the episode aired on December 10th, so it could have been the 8th or the 9th in-universe and the current episode of Batwoman could still be in December 2018.Ninja72 (talk) 12:46, November 9, 2019 (UTC)

Retrieved from "https://arrow.fandom.com/wiki/User_talk:Oilgof?oldid=553958"
Community content is available under CC-BY-SA unless otherwise noted.