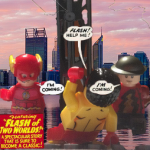 Unfortuantely I had to issue a block to due violating policies after several warnings. If you really want to be an admin, you need to learn to be a follower first. You can't expect to have rights just handed to you for no reason.TIMESHADE |Talk/Wall| - |C| 07:49, February 15, 2017 (UTC)

There's no point in updating alterego images if you're replacing it with one where you can barely see the costume. Also, please stop uploading new character infobox images under a new name. And you also need to license and categorize ALL images.TIMESHADE |Talk/Wall| - |C| 08:20, March 9, 2017 (UTC)

What's the source on DP? We don't add stuff and just say it's confirmed, we cite it. And it's protected for several reasons, so it'll stay till the protection expires which is later this month.TIMESHADE |Talk/Wall| - |C| 04:45, May 2, 2017 (UTC)

Again, CITE ALL CONTENT. Don't just create a page and say it's confirmed. What's your source? Not on any major news site or tweeted by a credible account on twitter.TIMESHADE |Talk/Wall| - |C| 01:09, May 3, 2017 (UTC)

Retrieved from "https://arrow.fandom.com/wiki/User_talk:Thegamingknight4272?oldid=316182"
Community content is available under CC-BY-SA unless otherwise noted.