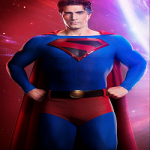 Hi, welcome to Arrowverse Wiki! Thanks for your edit to the User:Wales8450 page.

Technically, we don't know what time he came from. Preview did say this is Eobard's origin but we can't give any of that detail per our spoiler policy.TIMESHADE |Talk/Wall| - |C| 04:25, January 20, 2016 (UTC)

Be sure to write past events in biographies in past tense. Also, for such when referencing, be sure to add a ref name in the episode, so it's such as <ref name="Pilot, Part 1">. This way, when more biography content from that episode is added in a new paragraph, the reference list won't have a ref link from same episode more than once.TIMESHADE |Talk/Wall| - |C| 04:55, January 24, 2016 (UTC)

Yo, sorry for the confusion if there was any. King Shark (episode) was deleted because I moved it so it's just King Shark, as episodes get precedence over redirects.TIMESHADE |Talk/Wall| - |C| 03:26, February 5, 2016 (UTC)

The reason I made the page, is due to that fact, that if it wasn't made, then someone would of made it anyways and used it for troll purposes, which is normally what happens when a character like this is cast. So it was more of a precautionary one. If the season was running at the moment, then yes I'd wait, however due to the wait until release of Season 3, I decided to create the page, as with not much happening at the moment, a lot of users jump at smalls bits of information. Wraiyf You never know when life will hit you hard, but then you hit it back. 07:07, August 12, 2016 (UTC)

Please create pages properly and cited in as little edits as possible. Multiple times you have created pages and done edits little by little. Usually, such is frowned upon and can be viewed as badge hoarding. Not accusing that you certainly are, it just can easily be percieved as that.TIMESHADE |Talk/Wall| - |C| 00:15, September 23, 2016 (UTC)

We appreciate you helping with images but Wikia's engineering team is working on importing all of them. Additionally, you should license and categorize per our image policies.TIMESHADE |Talk/Wall| - |C| 19:59, December 21, 2016 (UTC)

Why did you undo my edit to Darren Criss? Grammatically, tv show titles are supposed to be italicized. Also every actor and crew member's page has links to their twitter and imdb and I'm fairly sure the links I posted were correct.Thrawn's Padawan (talk) 08:33, January 24, 2017 (UTC)

Again, don't just create pages with little content. You creating the Ray Terrill page disrupted by edit adding a ton of info, which you yourself could have done if you'd actually put in effort. Additionally, don't make a mass of edits one after the other, try to confine them to one edit. —MakeShift (talk page) 13:52, November 29, 2017 (UTC)

Please give it a read, specifically regarding categorising. It's also advised you license images where you can, please, as it helps to keep the wiki as up to date as possible. —MakeShift (talk page) 14:03, December 1, 2017 (UTC)

MakeShift is "retired" so he doesn't really involve in those decisions anymore. To answer your question though, it's part of the elseworlds theme which will be fully implemented tomorrow night.TIMESHADE |Talk/Wall| - |C| 02:52, December 9, 2018 (UTC)

Hey, we appreciate the help but if you could please hold off on editing until after the bot gets done moving everything. The bot will catch all of the links, so need to worry. We just ask that you sit tight and wait for now. Thanks, $ \int $ IHH dt    12:13, Apr 03, 2020 (UTC)

Retrieved from "https://arrow.fandom.com/wiki/User_talk:Wales8450?oldid=610342"
Community content is available under CC-BY-SA unless otherwise noted.