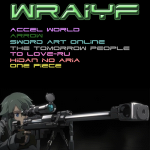 Why did you delete my edits and not to be a jerk but her name is Kara Zor-El and she is confermed to be alive.

thanks for the message

Hey, the images on the Supergirl ep isn't from a trailer, it's a promotional Imagge released by the CW

Ok, thanks for your instruction, I will try to be a better user from now on, and not constantly editwar with people. Though, for the beings of superior strength edit, Cloudtheavenger told me that it doesnt need to be discussed, so sorry for removing it right away, its just that I thought I can since nobody commented against it on the community discussion. Magic was what people were against me removing, and I restored it, when being told so, so why did you remove it once again? Also, sorry for saying that you are inactive, I didnt mean it offensively. like you dont have a good reason to be, I was simply was using that as proof that I havent called you a fag. And, I didnt know that you are only here to contain arguments.

Just asking, have I improved ever since that warning you gave me? i have been trying to learn and to not repeat the same mistakes since then, so have I improved?Ninja72 (talk) 18:15, March 4, 2018 (UTC)

Why? She is hypocritical. She believes that Oliver is above the law and should be put down because of it, yet she believes she's also above the law and none of the rules applies to her. That deserves observation on her personality. The Immortal Selene (talk) 23:23, March 7, 2018 (UTC)

Nothing personal about it. It's stated in the article in it's own words she believes because she is an F.B.I. agent, that the laws don't apply to her. It's obvious that she believes Oliver feels he's above the law. Being against someone for characteristics you share is the very definition of hypocrisy. The Immortal Selene (talk) 05:32, March 8, 2018 (UTC)

Whether or not she broke any laws is irrelevant. How she views herself is at hand. If condemn Oliver because she thinks that Oliver believes he's above the law and yet she also shares the same beliefs about herself, then she'sa hypocrite. There's no hearsay about this. Example, if you believe racism is wrong, yet you're a misogynist, then you're a hypocrite because like the racist, you're both bigots. Same thing here. The Immortal Selene (talk) 11:36, March 8, 2018 (UTC)

Do you think you can please unlock the Malcolm Merlyn and Savitar articles respectively, think you; how are us editors supposed to edit on these articles that something new or to correct something, we cannot access them.Worgird (talk) 17:46, March 30, 2018 (UTC)

Do you think can please fix the glitz on the Episode Template information box; go to "The Thanatos Guild"" article, so you will know what I'm talking about, think you.Worgird (talk) 17:46, March 30, 2018 (UTC)

I screwed up; i accidentally removed a couple of things from the Malcolm Merlyn article, and now it's a mess, so do you think you can please fix/undo my mistake, think you.Worgird (talk) 22:59, March 30, 2018 (UTC)

I was considering about updating the title card section for Arrow since Season 6 had multiple versions including a couple variants with multiple emblems just like LoT. But how do I upload a gif or video captured image of a title card onto the page? Does it need to be in high quality? IndustrialMonkey92 (talk) 18:54, April 14, 2018 (UTC)

Hi i saw that you protected the Mystery Girl page i was wondering if you could give me permission to edit it because i will only add what is factual as it appears in the show.

Do you think you can please unlock the Lena Luthor article, how are us editors supposed to correct or edit something on these said articles, thank you.Operep (talk) 21:50, May 20, 2018 (UTC)

I don't know which administrator it was; but i know one of you said that after season of is released, then you would unlock the Iris West article; it has been five months since season five has been released.--Operep (talk) 18:51, March 26, 2019 (UTC)

Retrieved from "https://arrow.fandom.com/wiki/User_talk:Wraiyf?oldid=487090"
Community content is available under CC-BY-SA unless otherwise noted.