Wayne Enterprises is a company owned by the Wayne family and previously run by Bruce Wayne. It is one of the main businesses of Gotham City and one of the most powerful multi-billion-dollar corporations on the planet.

The company's main office is located in Wayne Tower. Two of its subsidiaries are Wayne Enterprises Research & Development and Wayne Tech.

Three years after Bruce's departure, his cousin, Kate Kane, started up a real estate development firm subsidiary for the company, Gotham Pride, up until her disappearance.[1]

In his adulthood, Bruce Wayne became CEO of Wayne Enterprises.[2]

Under Lucius Fox's management, the company's technology became the most advanced, revolutionary and innovative in the world.[3]

By 2015, Bruce left Gotham City and Wayne Enterprises behind.[2]

At some point afterwards, Bruce's cousin, Kate Kane, started Gotham Pride, a real estate development firm subsidiary for Wayne Enterprises. Between 2019 and 2020, Gotham Pride bought the former site of Gotham City Bank and converted it into a gay bar called the Hold Up.[4] It later bought a property near Bennett Park and, after restructuring it, rented it at lower prices than the rest of the surrounding neighborhood.[3] 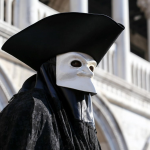 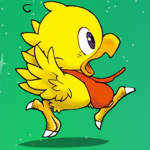